Apple is poised to debut the highly anticipated ‘iWatch’ at its upcoming September 9 special event along side the iPhone 6, and if the reports turn out to be true, the wearable may also support wireless charging as indicated by a new Apple patent filing that details how such charging would work for a watch and other “handheld portable devices” (via GigaOM). 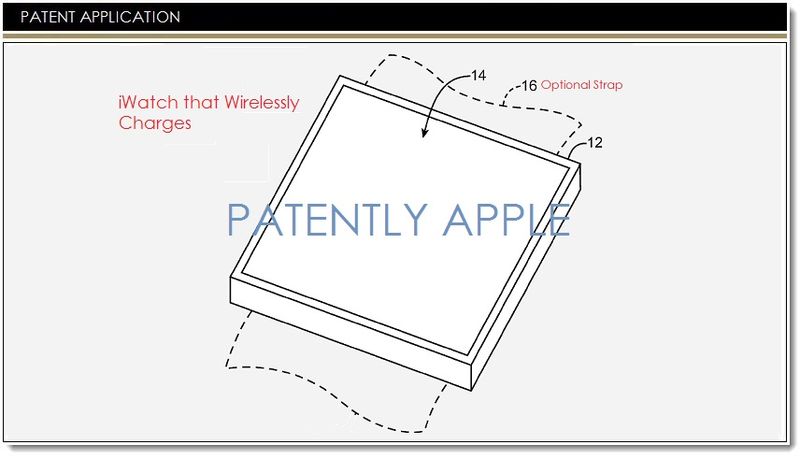 The patent describes “coiled inductor wires” with dual purposes. It notes that the coils in a speaker system or NFC antenna could work to manage sound or transfer data, for example, or could be used for wireless charging as needed. There are various wireless charging standards in use today, however, Apple could certainly develop its own standard.

It is interesting to note that Apple’s system can also be used in a near field communications point of sale terminal for handling wireless payments.

Apple states that the new wireless charging circuitry could be used in a wide variety of devices including the iOS devices, the MacBook Pro/Air, iMac or other wearable or miniature devices and even a hearing aid.

The folks over at YouTube channel TechRax decided to blend Apple’s latest flagship iPhone 14 Pro in a durability experiment and see what happens. Earlier this week, the same folks tried to give the iPhone 14 Pro a facelift by sawing off the rear camera bump. The camera island on the back of this year’s iPhone 14...
Usman Qureshi
29 mins ago

Amazon has just offered a sneak peek at all of the games Prime Gaming subscribers will be able to access for free starting Saturday, October 1st. Prime Gaming is Amazon Prime's home for gamers. Benefits include in-game loot, free games every month, a free monthly channel subscription on Twitch, as well as all the benefits...
Usman Qureshi
39 mins ago