Yesterday iTunes 10.5 beta 9 was released, and today iWork for iOS beta 4 has hit the Apple Developer Center. It is clear Apple is preparing for ‘Let’s Talk iPhone’ media event to be held Tuesday, where the next iPhone will be unveiled.

For iBooks users, update version 1.3.1 was released yesterday, and includes various ‘important stability and performance improvements’. So if you’ve had issues with the app the update might fix any bugs you’ve encountered. 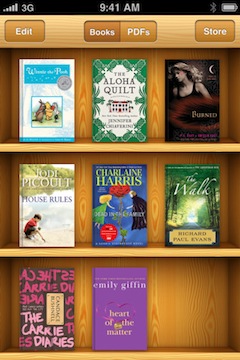 The days of sharing your Netflix password with your freeloading friends and family in Canada are over. Netflix has been hinting at a password crackdown for its major markets and now it has debuted in Canada. The company detailed the update in a blog post on Wednesday, titled, “an update on sharing”. Netflix says there […]
Gary Ng
19 mins ago

The Canadian Broadcasting Corporation (CBC) says it eventually plans to end traditional TV and radio broadcasts, and move to streaming only. That’s according to the president and CEO of the CBC, Catherine Tait, speaking with The Globe and Mail. Tait said Canadians are moving to streaming while the crown corporation is “sitting here loyally broadcasting […]
Gary Ng
38 mins ago