Apple previously only offered Jet Black iPhone 7 and iPhone 7 Plus models in 128GB or 256GB options, but that has changed with the announcement of iPhone 8, iPhone 8 Plus and iPhone X.

Previously, customers had to pay more for the premium colours, which were more difficult to manufacture and also a sign to friends and family you had the latest and greatest. 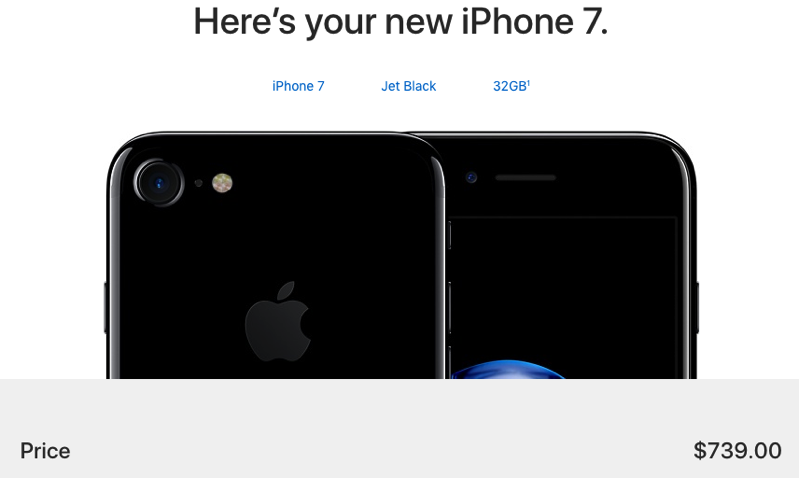 These models are showing as delivering in 5-7 business days.
If you’ve been waiting to get your hands on a Jet Black iPhone 7 or iPhone 7 Plus, and you’re okay with 32GB of storage, now may be the time to pick one up. But of course, you probably want to get second mortgage for iPhone X instead, right?