Apple Price Drops iPhone SE, iPhone 6s/6s Plus, iPhone 7/7 Plus in Canada [u]

Apple announced the iPhone 8, iPhone 8 Plus and iPhone X (pronounced ‘ten’) today at its special event, an inaugural keynote at the Steve Jobs Theater at Apple Park, the company’s new headquarters.

iPhone X pricing starts at $1319 CAD unlocked for the 64GB version, which does not reflect an exchange rate on our strengthening dollar as of late.

If iPhone X and iPhone 8 and iPhone 8 Plus are too rich for your blood, check out the quiet price drops on iPhone SE, iPhone 6s/6s Plus and iPhone 7/7 Plus, seeing decreases of up to $170 CAD.

Prices are in Canadian below, with former pricing in brackets:

iPhone 6s Plus
iPhone 7
iPhone 7 Plus

Now compare prices of iPhone X, iPhone 8 and iPhone 8 Plus: 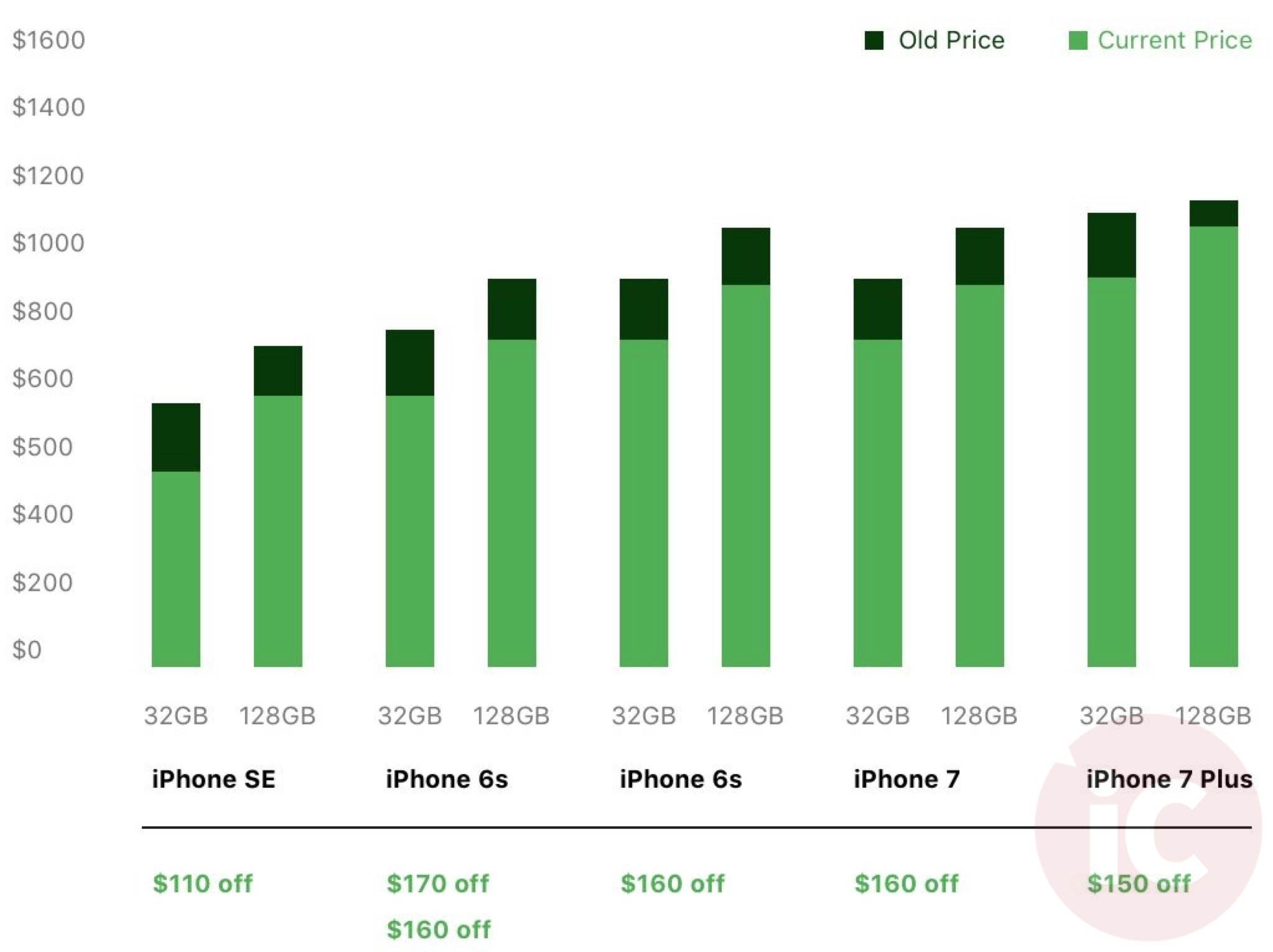 iPhone 8 and iPhone 8 Plus are seeing lower starting prices compared to last year’s iPhone 7 and iPhone 7 Plus. But iPhone X takes the cake, as pricing reflects higher than current exchange rates.

What iPhone will you be buying this fall?