What did you think of the iPhone 7 special event? Here are the Canadian prices for unlocked iPhone 7 and iPhone 7 Plus, which will be part of the first wave of launch countries: 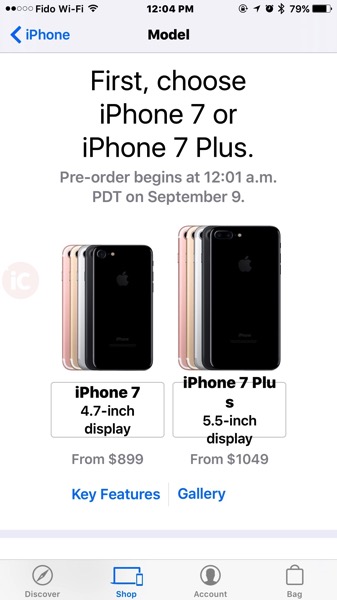 Prices are about the same as last year, but iPhone 7 Plus prices are up $20. We do get more capacity though. The low Canadian dollar is still not helping Apple owners.

For those wondering, Canadian carrier pricing for iPhone 6s and iPhone 6s Plus on contract last year, were the roughly the following (so expect iPhone 7, iPhone 7 Plus to be around the same):

What are you buying? Pre-orders start September 9 at 12:01AM PST.