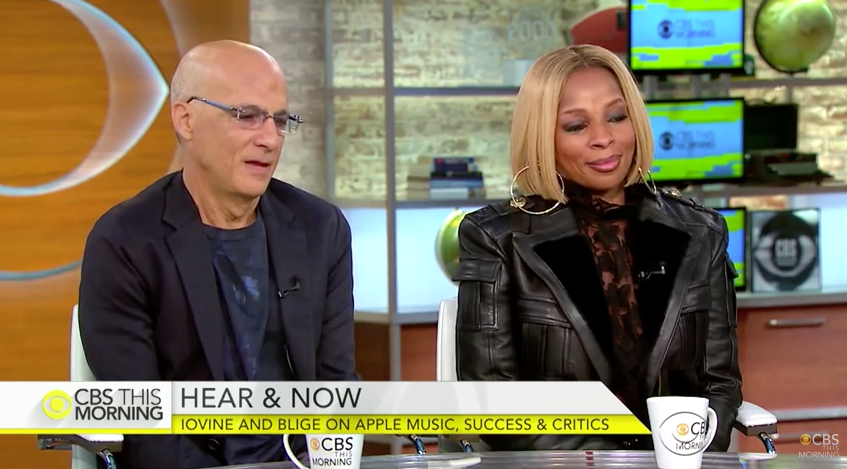 Not so long ago, Apple debuted an Apple Music ad starring singer Mary J. Blige, and actresses Kerry Washington and Taraji P. Henson. Apple’s Jimmy Iovine and J. Blige joined “CBS This Morning” to discuss the background of the ad and Apple Music in general, during which Iovine started his comment by saying that “women, some women” have difficulties finding music.

“I always knew that women, some women, at times find it very difficult to find music,” said Iovine. “And this helps make it easier with playlists, curated by real people, not by algorithms alone.”

Yesterday, however, in a statement sent to Re/code, Iovine apologized for his words saying that he could have chosen his words better.

“We created Apple Music to make finding the right music easier for everyone — men and women, young and old,” Iovine said in a statement. “Our new ad focuses on women, which is why I answered the way I did, but of course the same applies equally for men. I could have chosen my words better, and I apologize.”

An interesting addition to the story: co-host Gayle King tweeted that Iovine’s words had been taken out of context, which is “not fair to him”, and asked people not to judge Iovine on these couple of words.

You can watch the full interview in the video inserted below:

Meta Platforms CEO Mark Zuckerberg on Wednesday joined a growing list of industry leaders, regulators, and entire countries that are unhappy with Apple's App Store dominance, saying that it raises a "conflict of interest" for the iPhone maker (via Fortune). "It is problematic for one company to be able to control what app experiences end...
Nehal Malik
32 mins ago