Google moved Google Meet videoconferencing out of its paid, premium tier and made it available to anyone with a Google account last month, followed by the feature’s integration into Gmail on the web. Now, the company is bringing Meet to Gmail on iOS and Android as well. 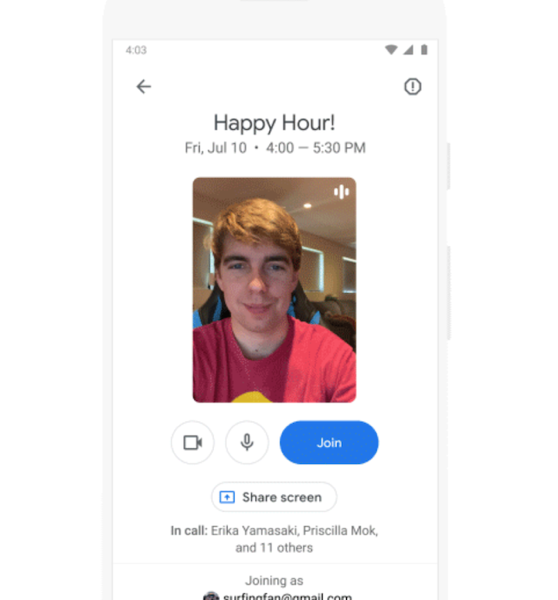 Google says that the feature will begin rolling out to all users in the coming weeks. Users will soon notice a new Meet tab on their phone’s Gmail app where they can see upcoming meetings scheduled in Google Calendar, and easily join them with a single tap.

Simply tap on “New meeting” in the Meet tab to start a meeting instantly, or to get a meeting link to share or schedule a meeting in Calendar. If you tap on “Join with a code,” you can join meetings shared with you by entering a meeting code.

If you don’t want Meet to appear as a tab in the Gmail app, access the Settings from the hamburger menu in the top left corner of your inbox, tap on your account, scroll down and uncheck Meet.

To learn more about how to get started with Meet in Gmail, visit this link.