Jony Ive Explains Why Apple Made the Apple Pencil

Alongside the iPad Pro, Apple announced two new accessories that transform the overall iPad experience: the Smart Keyboard and the Apple Pencil. You may recall that when Apple marketing chief Phil Schiller announced the company’s stylus for the new gigantic iPad, the crowd reacted with audible laughter. The background story that ignited the laughter was that Steve Jobs famously said back in 2007 at the initial iPhone launch: “Who want a stylus? You have to get them, put them away. You lose them. Yuck.”

Well, fast forward to today, and here it is: Apple has designed a stylus, but once again was careful enough with its branding – you won’t buy a stylus, but a Pencil. Why did Apple choose to create a pencil, and why did they name it the Apple Pencil? Apple’s head of design, Sir Jony Ive, explains: 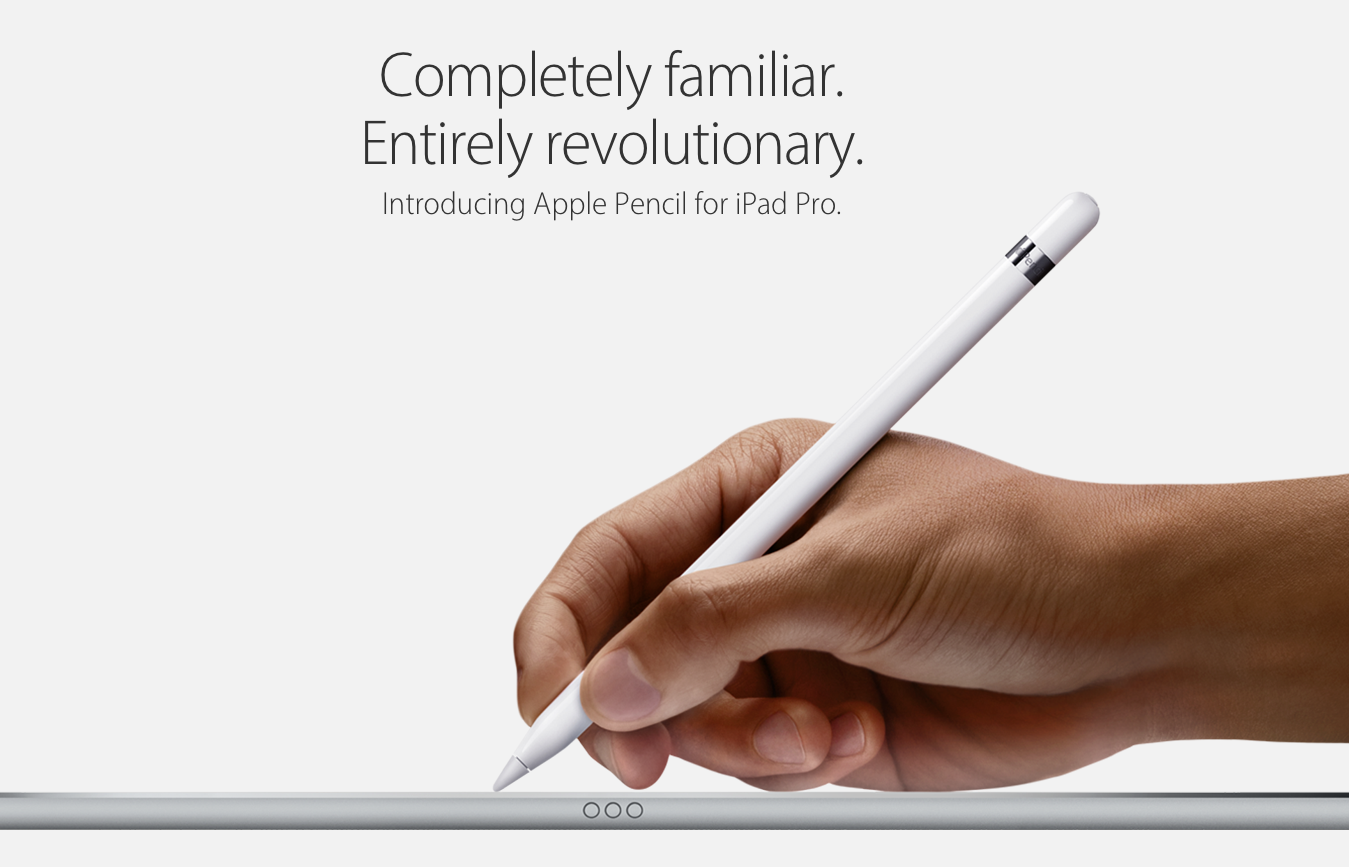 I like the name Pencil much more than stylus because stylus seems a product that’s about technology. Pencil, to me, seems very analogue in its association. But what is challenging is that it will become many things. There’s an incredible painting app and very powerful drawing apps. For some people it will be a graphic instrument and to others it will be a fountain pen. One of the technologies within the Pencil means that as well as detecting pressure, we are also detecting the angle of the pencil. All of which is particularly relevant for being able to create a very natural experience. As an object it needed to be relatively neutral as it can take on the identity of a pencil or ink pen or paint brush or charcoal…

Fact is, when you think of a pencil, it brings up totally different connotations to a stylus. You seem more likely to associate actions such as drawing and creativity with a pencil than to a stylus, and the fact that you can erase is also an important element. That analogue experience is what Apple suggests with its branding, Jony Ive says:

We had a great deal of analysis to do of our traditional experience of the analogue world to begin to understand the problem. Before we even got into thinking about how we could create a natural experience, it took a long time to really understand the fundamentals that were at play, that ultimately define your experience of writing or drawing naturally with a pencil. And I think that process feels to me like a very good discipline for technology groups to understand, because that process leads you to observe the tiniest details in terms of what we do and how we do it, and why we do it.

The whole interview is well worth your time. You can read it on Wallpaper by following this link.