Jony Ive sat down recently with The Independent to discuss a number of topics including the new iPad Pro, Apple Pencil, and MacBook Air. 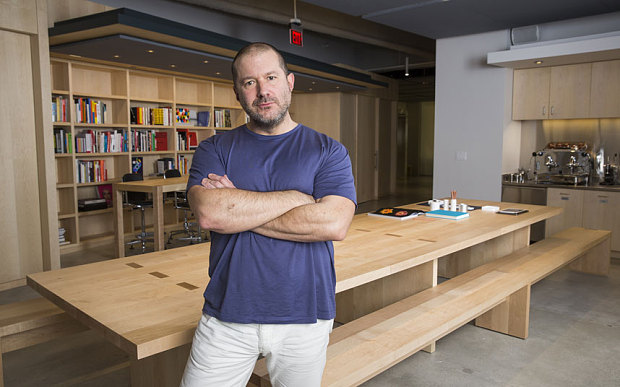 In the new interview, the Apple design chief was asked about the responsibility he feels in designing a “well-loved and commercially successful product.”

“I think your responsibility actually goes further back than that,” Ive explains. “It starts with the determination not to fall into the trap of just making things different. Because when a product has been highly regarded there is often a desire from people to see it redesigned. I think one of the most important things is that you change something not to make it different but to make it better.”

So, in the new iPad Pro, one of the things we’ve been wanting to get to for a long time is a sense that the product is not oriented in a primary and then, therefore, in a secondary way.

The first iPad had a very clear orientation which was portrait. It had the ability to be used in landscape, I think very well, but it was pretty clear how the product was designed. And I think with the first iPad you had the sense that it was a product made up of distinct and somewhat separate components.

What I think marks the new iPad Pro as particularly special is it doesn’t have an orientation. It has speakers all the way around the perimeter. By getting rid of the Home Button and developing Face ID, the tablet is able to work in all of these different orientations.

According to Ive, the new iPad Pro’s display, featuring curved corners that match the device’s enclosure, puts forth the notion that it’s a “single, clear product” that allows it to stand apart from the competition:

If you look at the iPad Pro, though, you can see how the radius, the curve in the corner of the display, is concentric with and sympathetic to the actual enclosure. You feel it’s authentic, and you have the sense that it’s not an assembly of a whole bag of different components: it’s a single, clear product.

Ive’s thought process extends to the design of the brand-new Apple Pencil, which was announced alongside the 2018 iPad Pro earlier this week:

I think the way it just snaps onto the side, well, that’s a nice example of a sort of that magical feeling. It’s unexpected, we don’t quite understand how it’s working and even more incomprehensible is the fact that it’s also charging. You can see how that’s aligned with this idea that you can just pick the product up and use it without thought.

As a designer, Ive believes he has a responsibility to look forwards for Apple, rather than think and design in a reactionary manner:

When you’re talking about the future, and as a designer that’s where my head is, then it’s extremely rare that I feel that I’m working in response to an articulated problem.

I could count the occasions that I’ve done that in the last 25 years on the fingers of one hand. It’s extremely rare that what we do is a response to somebody articulating a problem. By definition, you didn’t know it was a problem until you were aware of a better way of doing it. The tremendous challenge here is that when you have been solving a problem a certain way for a long time, so many things convince you that, of course, that’s the best way of doing it, not least habit.

The full interview is well worth a read, and you can check it out over at The Independent‘s website.