Apple officially unveiled the new MacBook Air on Tuesday, and benchmark results have emerged on the internet that show a noticeable improvement over 2017’s MacBook Air, though some people may feel the boost doesn’t go far enough. 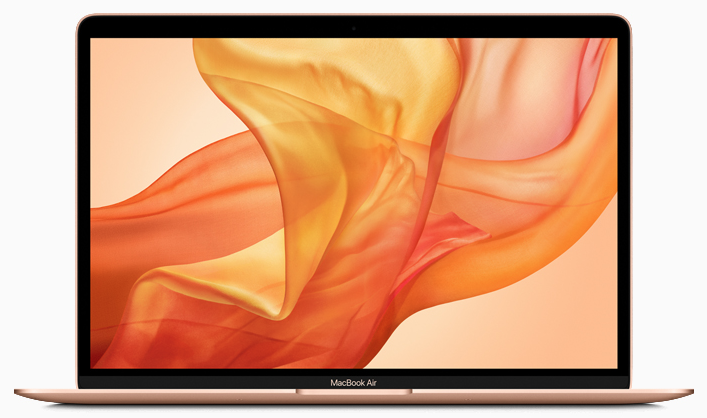 Despite having two cores, the numbers obtained by the machine are quite respectable. Of course, the 2018 MacBook Air cannot come close to the 2018 MacBook Pro models, who’s quad-core processors give in an edge in not just multi-core tests, but various real-world scenarios.

What’s more interesting is that the iPad Pro that Apple unveiled at the same event earlier this week outscores all these MacBooks in the same tests, including the new Retina MacBook Air and its predecessors, the 12-inch MacBooks, and several MacBook Pro models. The A12X chip inside the new tablets scored over 5000 and over 18000 points in the same test.

This means you’re certainly going to get a better performance out of the new MacBook Air compared to last year’s model, though some people may be disappointed to see that the leap isn’t quite as drastic as they hoped.

The new MacBook Air machines debuted on October 30, and along with the processor updates, the machines also ditched the USB-A and display ports in favor of a pair of Thunderbolt 3 ports. The new machines have an edge-to-edge screen with bezels that are 50% thinner.

In related news, Apple’s new iPad Pro, which was announced on Tuesday, has a processor that’s nearly as fast as high-end laptops, according to an early Geekbench score, which tests processor speeds.