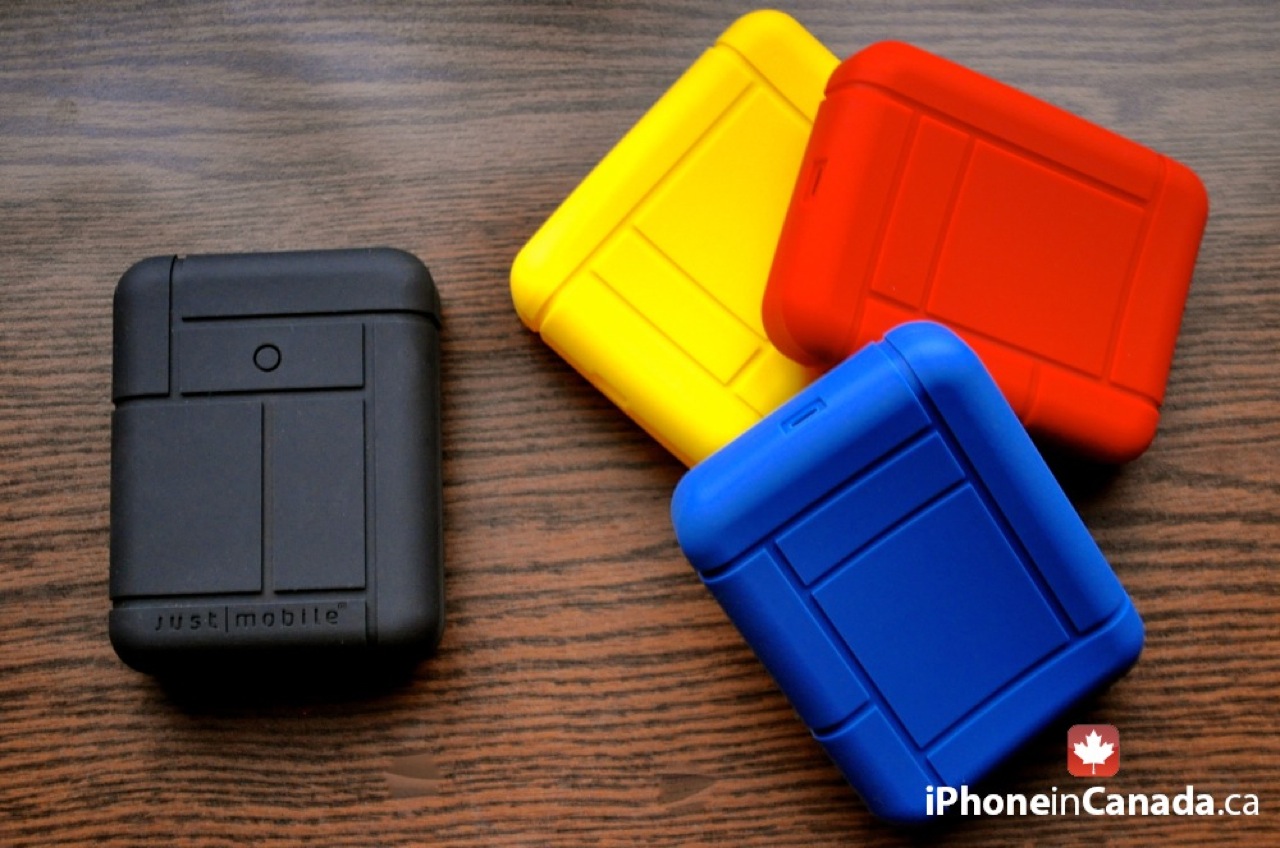 Just Mobile’s Gum Max™ battery pack with its colossal 10,400mAh charge capacity, has received a major upgrade in the shape of Gum Max Duo™, boasting not one but two USB outputs for simultaneously charging your favourite iOS devices and an increase in charge holding capacity by 800mAh. Replacing the older product, Gum Max Duo™ battery pack comes with a shockproof rubber sleeve, which can be swapped with optional sleeves ($12.95 each) available in three vibrant colours. Moreover, the price tag remains the same at $129.95. 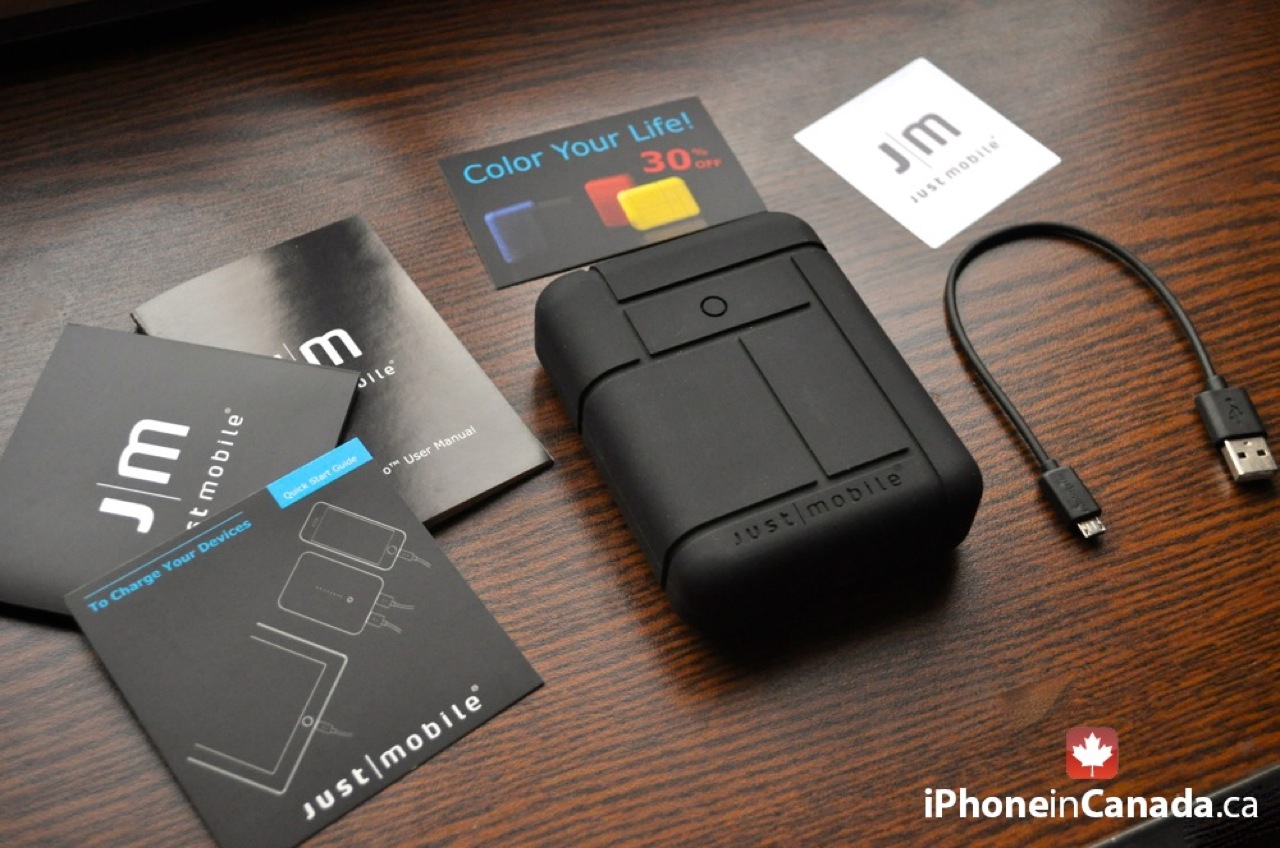 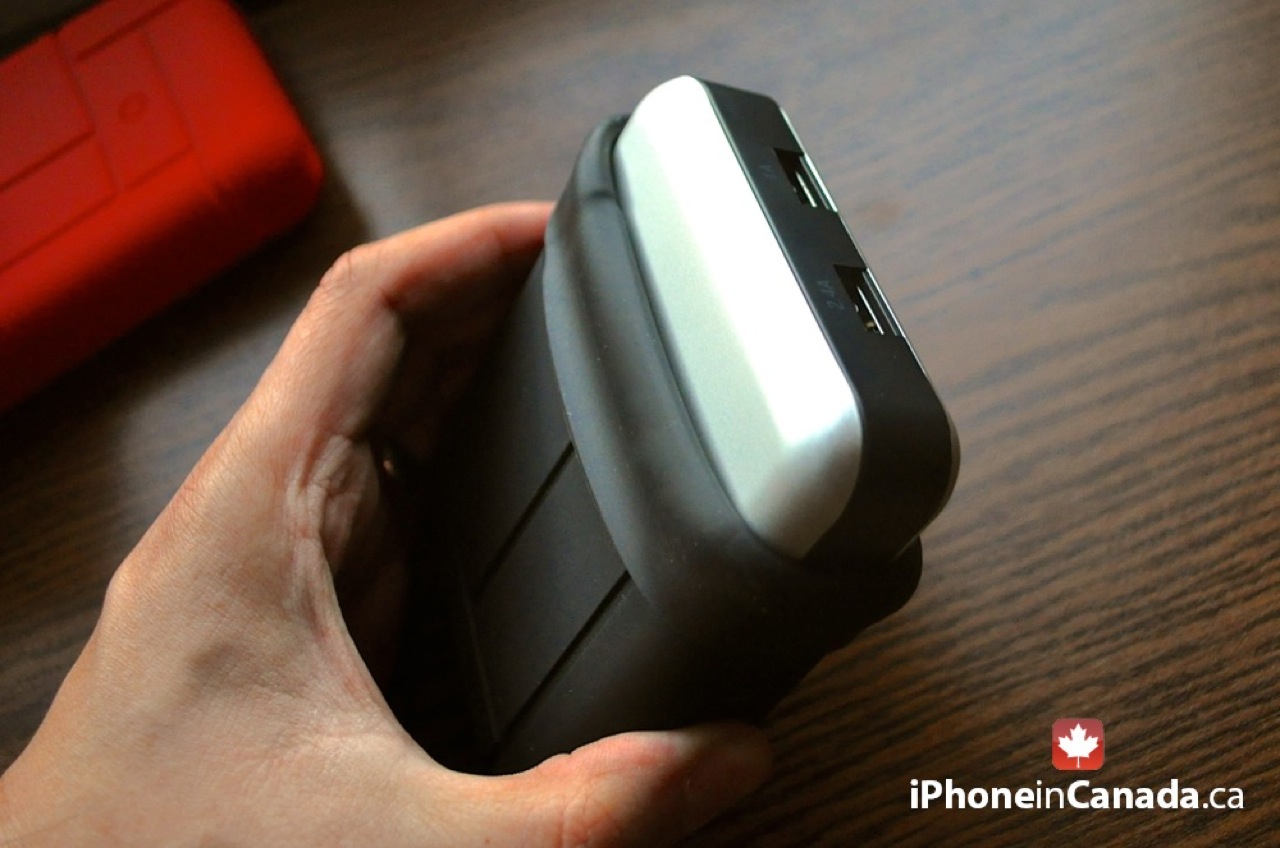 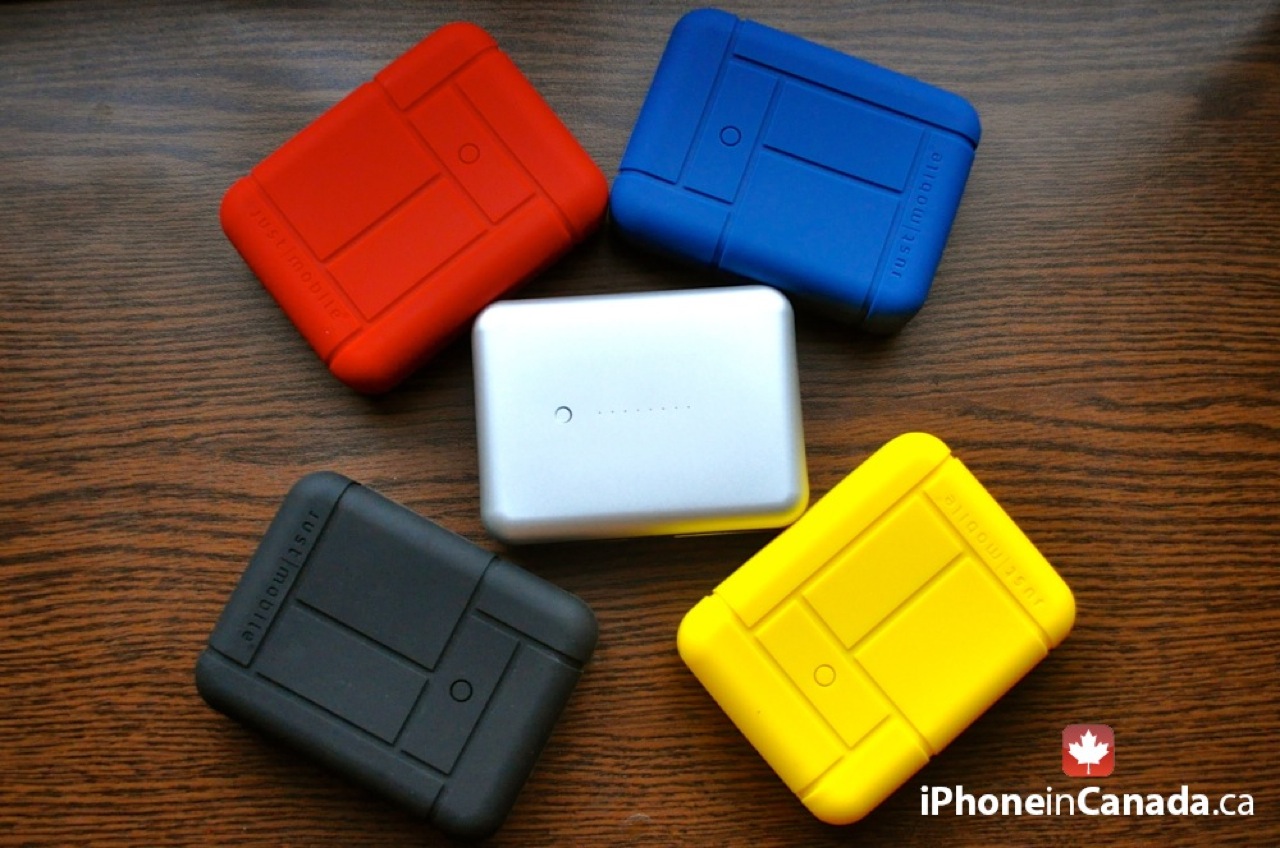 The product ships with a mini USB charging cable, a bunch of user manuals and an exclusive 30% off discount code for the optional rubber sleeves. The included black rubber sleeve completely covers the battery back, leaving access only to its USB ports on the sides. The small push-in button for checking the battery pack’s capacity is accessible with the sleeve on. The tiny yellow LEDs indicating the charge status are also easily viewable through the rubber sleeve. 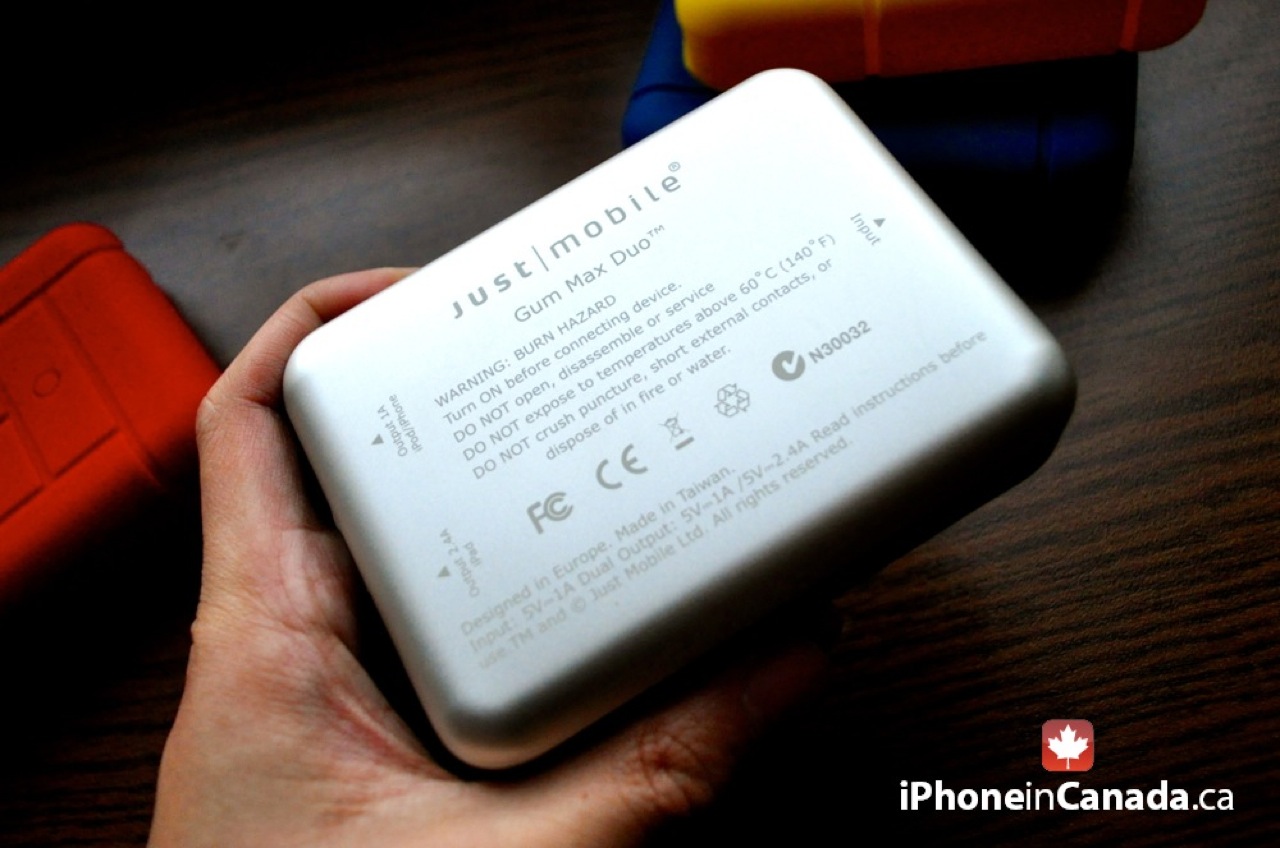 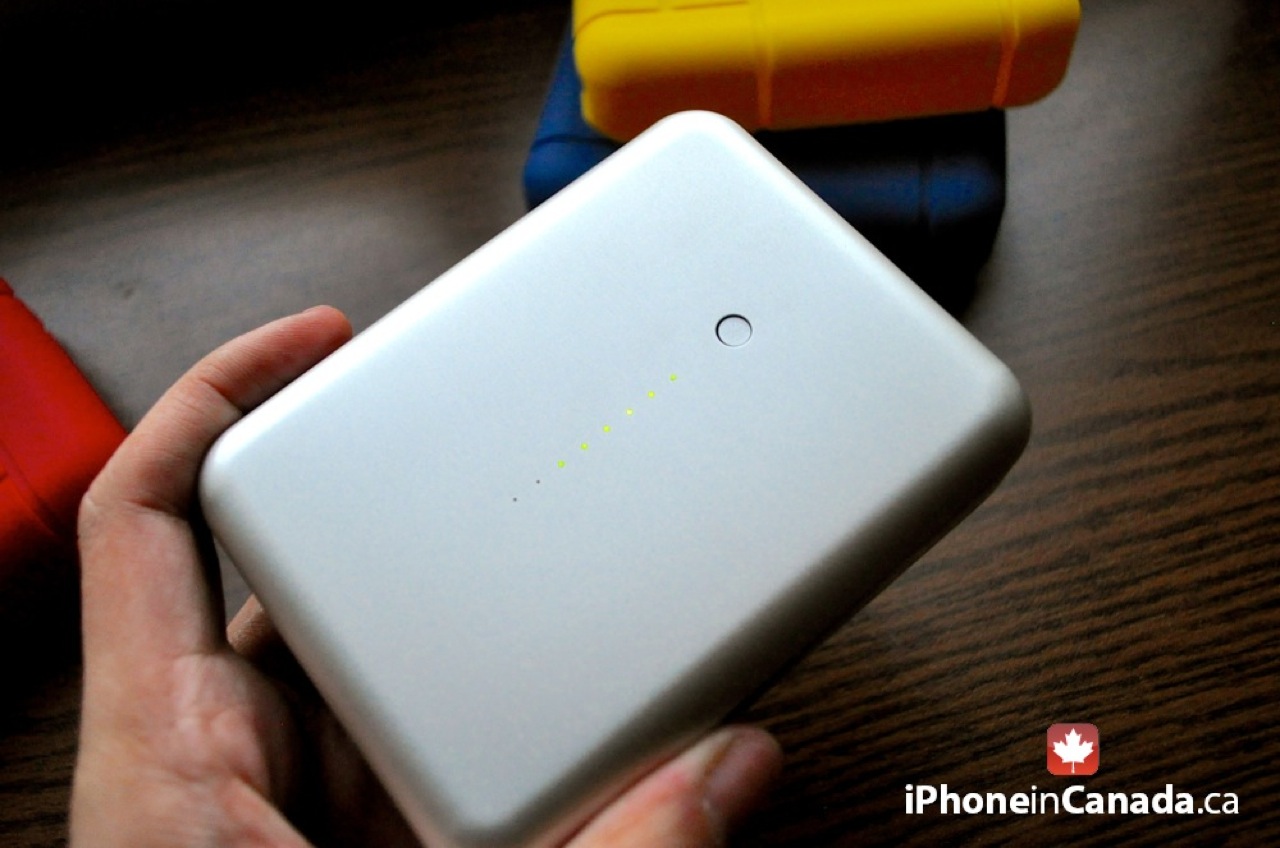 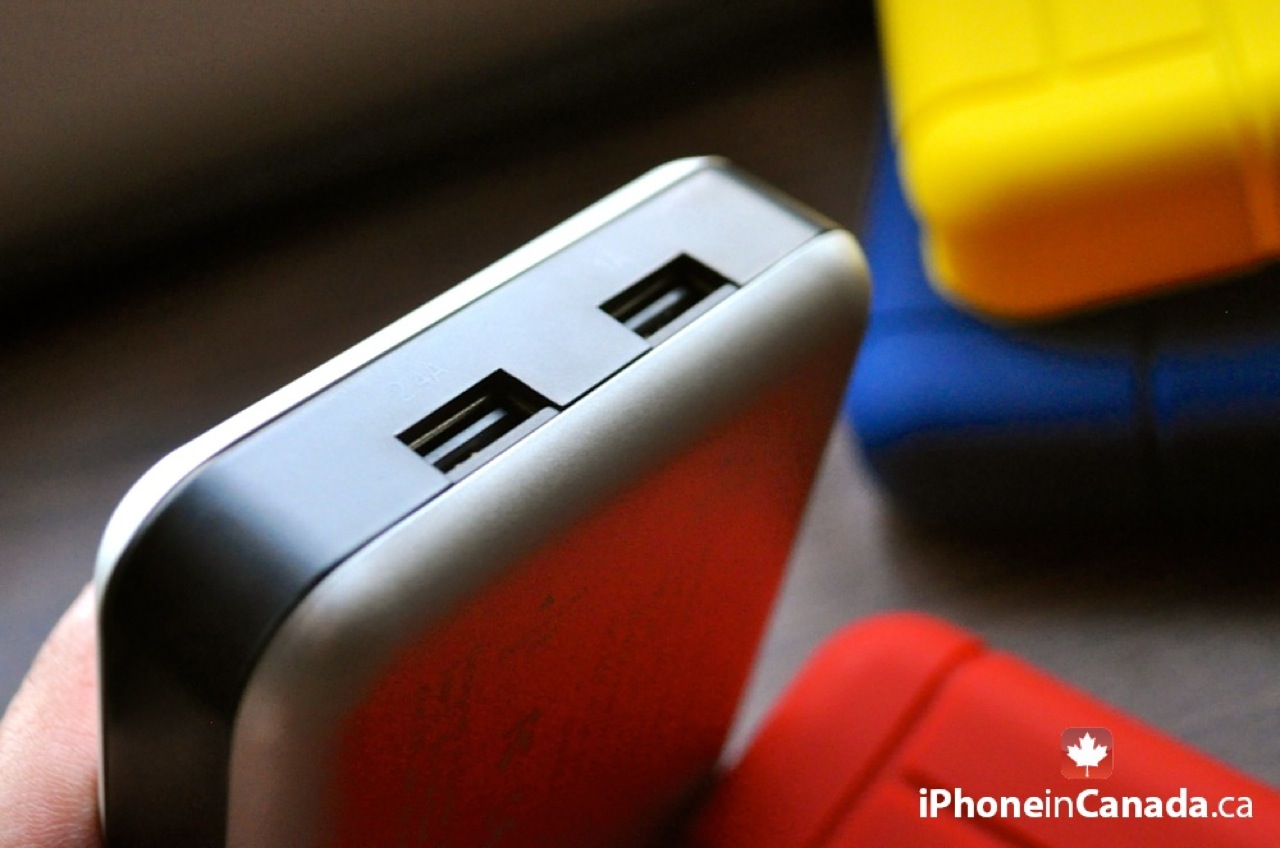 Removing the protective rubber sleeve reveals the aluminium-clad Gum Max Duo™ battery pack with an impressive 11,200mAh charge capacity. When placed side by side with the Just Mobile Gum™ battery pack, the Duo™ looks like its elder brother. Without the sleeve, the look and feel of the product is exactly the same as its predecessor, except for the two USB outputs instead of one. The two ports are also labelled according to their power output i.e 1A for charging the iPhones and iPods and 2.4A for charging the iPads. 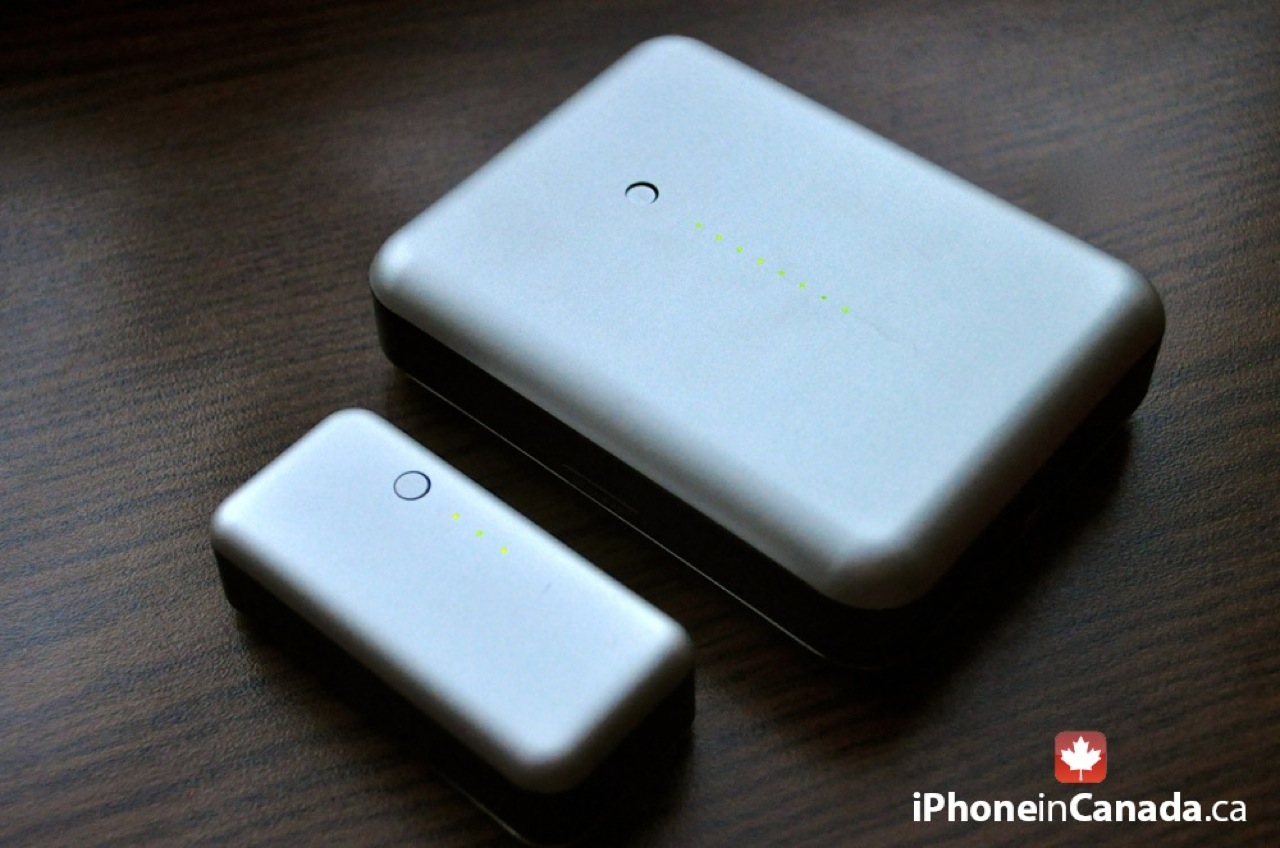 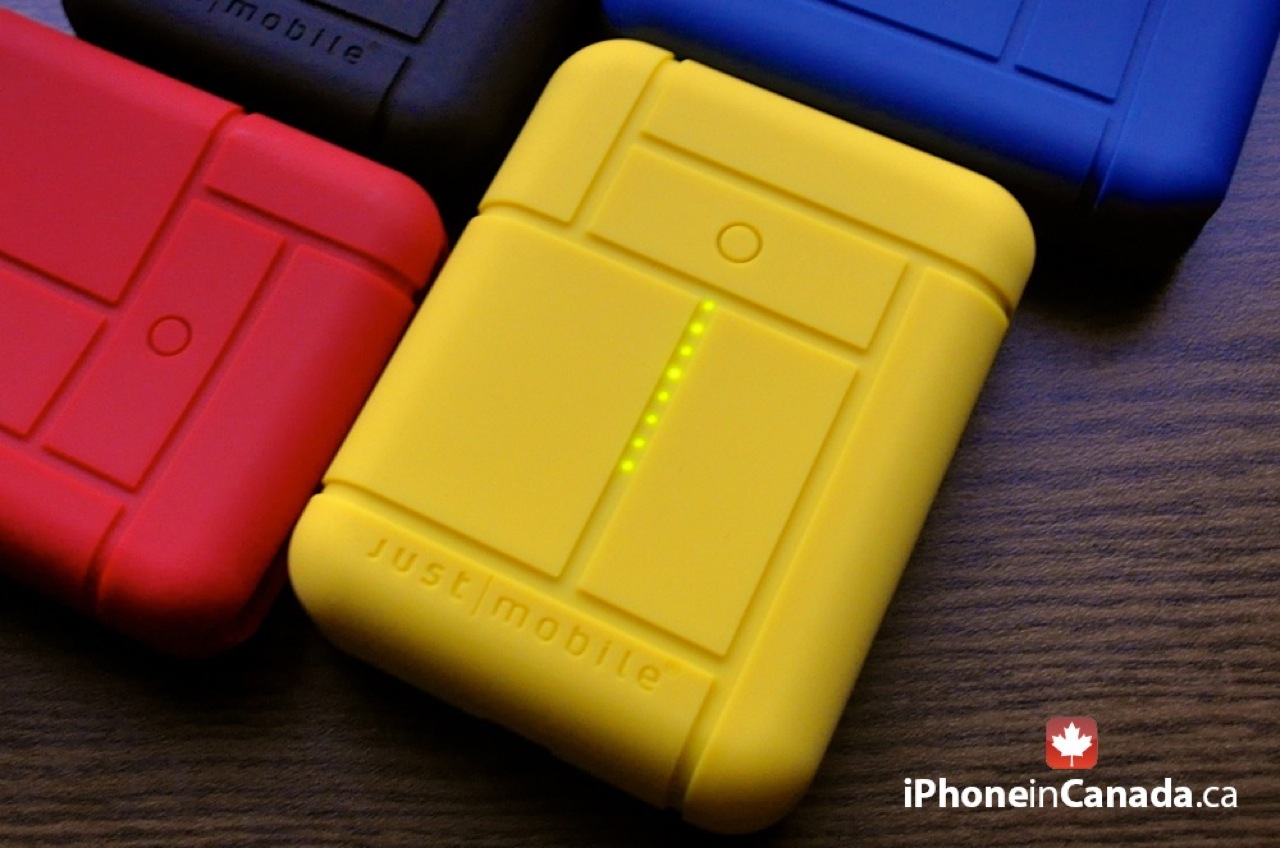 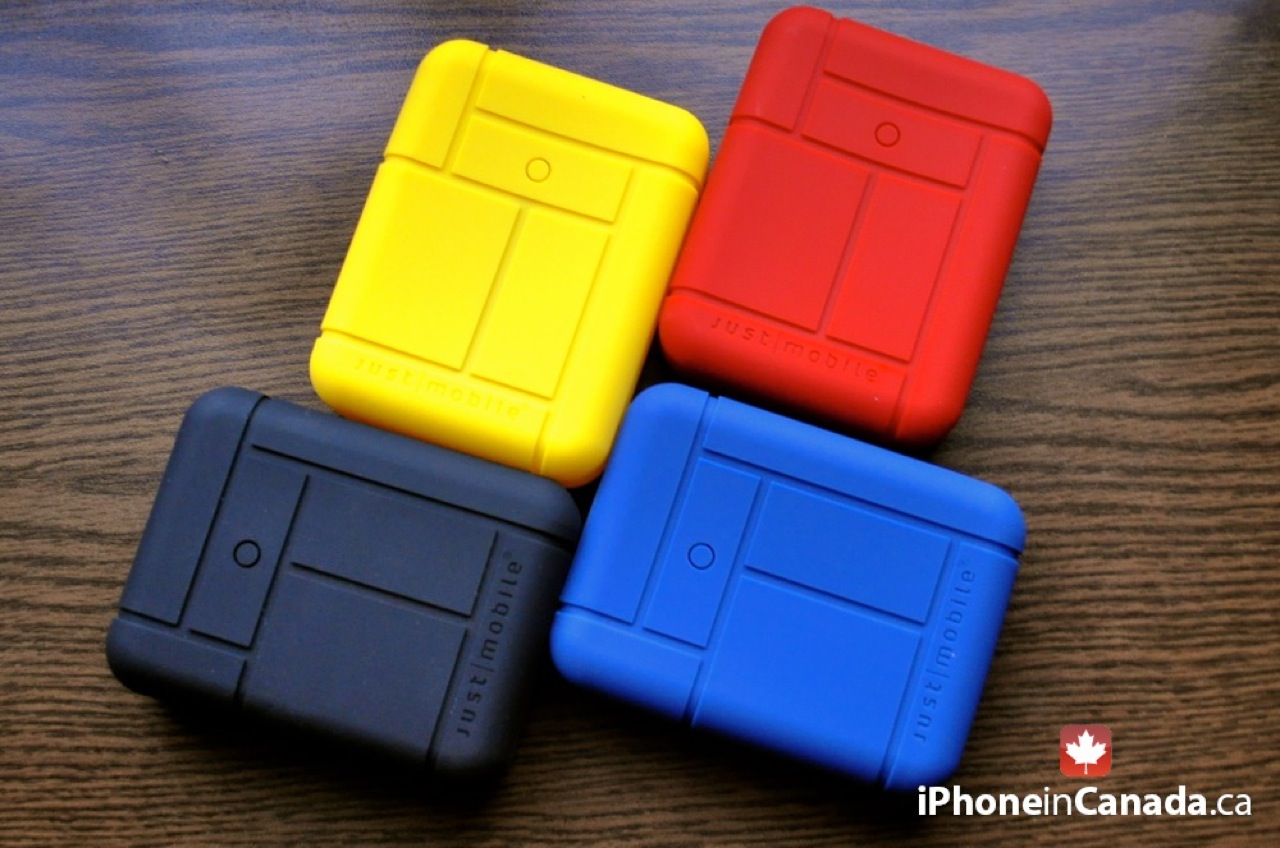 I’ve been able to get five to six iPhone 5 charges easily (from 20% to 100%) out of a fully charged Gum Max Duo™. My third-gen Retina iPad received a 70% charge before the Duo™ gave out, while the iPad mini reached a 100% with almost 40-45% juice still remaining in the battery pack. The charging times have also been impressive, with iPhone charging at exactly the same speed as the power adapter while the iPad charging marginally slower.

With its new Gum Max Duo™ battery pack, Just Mobile has once again set a benchmark for the competition. The product is not only superior in aesthetics and durability, but is also one of the most powerful yet portable battery packs available in the market today. Highly recommended!