AliveCor’s Kardiaband EKG reader has been approved by the Food and Drug Administration (FDA) as the first ever medical device accessory for the Apple Watch, TechCrunch is reporting. While Europe has been able to use the Kardiaband for Apple Watch for some time but now, it can now be used in the U.S. as well. 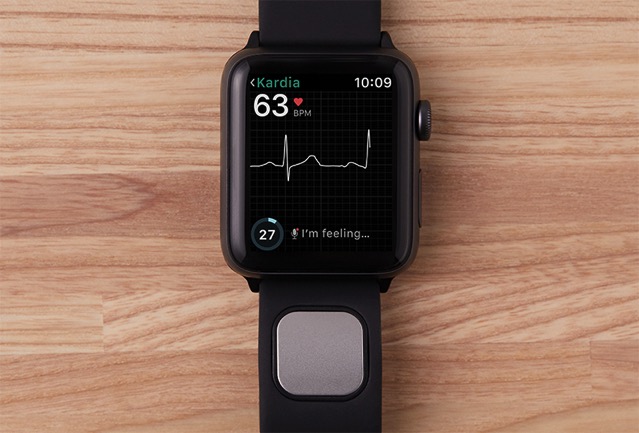 Kardiaband for Apple Watch clicks into a slot on the Watch band and can be used to detect abnormal heart rhythm and atrial fibrillation (AFib). Users can get an EKG reading continuously and discreetly just by touching the band’s integrated sensor. Paired with AliveCor’s SmartRhythm app, you can get an insight into your heart rate to potentially detect an abnormal heart beat.

But, as AliveCor CEO Vic Gundotra points out, it’s one thing to be able to detect and another thing to get FDA approval to use your sensor as a medical device.

“Apple might be able to say ‘oh your heart rate is high’ …but what does that mean? Does that mean you should go to the hospital? And if you go to the hospital what are they going to do?. Any doctor will say ‘ok come in, let’s get an EKG reading’,” Gundotra told TechCrunch. And, as Gundotra also points out, “It’s not possible to diagnose atrial fibrillation without FDA clearance. That is a big, big play.”

Kardiaband for Apple Watch is now available online for US $199 on AlivCor’s website.