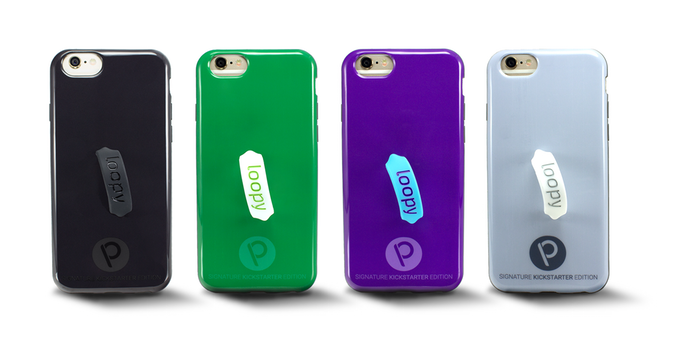 Loopy is an iPhone case aimed at solving one of the smartphone’s biggest problem. The wider, lighter and sleeker they get, the harder iPhones are to actually grip, as evidenced by the industry developing around fixing cracked iPhone screens. And the bulky cases that prevent that breakage aren’t exactly attractive.

Loopy, which is in its final week of Kickstarter funding, has a solution: Put a small loop into the back of a slim iPhone case, so you can secure your phone on your finger and never drop it again. 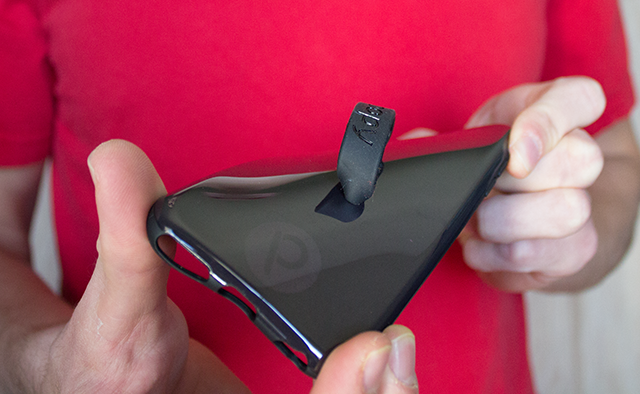 The creators are three brothers from Purdue and Indiana Universities who are looking to take their final prototype to the mass market. The brothers have been designing the case got the past three years. With winnings from IU and Purdue competitions they were able to secure their patent and get prototypes rolling.

“The first thing you’ll notice is how secure and in control loopy feels. Loopy literally makes it hard to drop your phone.”

Loopy has already reached its $30,000 goal on Kickstarter and is currently sitting at approximately $95,000. There are just over two days left in the Kickstarter campaign, so act quickly if you want to get an early-bird special. The case is available for the iPhone 6, iPhone 6 Plus, iPhone 6s, iPhone 6s Plus, and Samsung Galaxy S6.