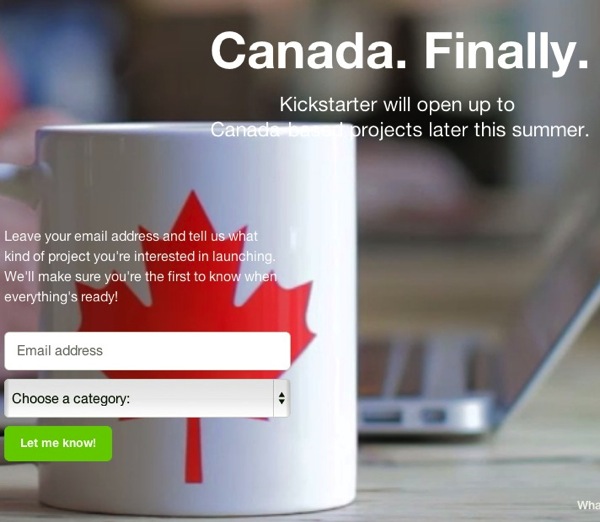 Kickstarter has announced on its blog as of today, new projects can be started by Canadians in time for its September 9 launch, giving entrepreneurs just over a month head start to get their projects ready. The company first announced it would be coming to the Great White North in late-June.

Canada-based projects will be listed alongside existing campaigns and will function like any other project, except amounts will be listed in Canadian dollars. Kickstarter will still charge the same 5% fee for successfully funded projects, but payment processing fees will match the UK, as follows:

Kickstarter says they will be holding three event workshops this week in Canada: August 8 and 9 in Toronto, and August 12 and 13 in Montreal. You can sign up for an event here.