Earlier this month, tech publication Wired made a failed attempt to beat Face ID, Apple’s new 3-D facial recognition system on iPhone X, by reproducing a human face with help from a professional face-caster, a makeup artist and a biometric hacker. However, the same publication has now shared an interesting case of a young boy being able to successfully bypass Face ID on his mom’s iPhone X. 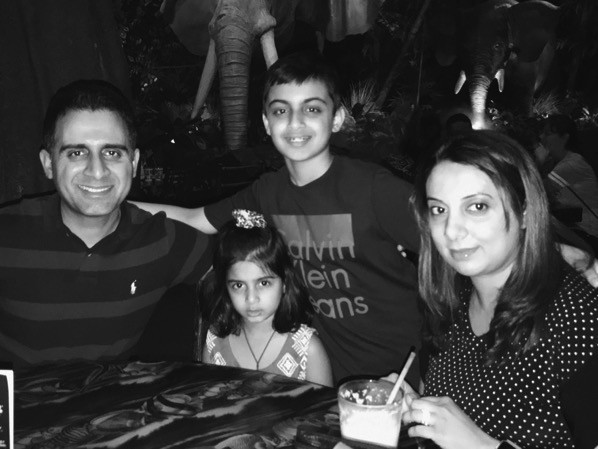 When 10-year-old Ammar picked up his mother Sana Sherwani’s iPhone X, locked with Face ID, he was able to unlock it within a split second of looking at it. While the kid thought it was hilarious, his parents were shocked. “It was funny at first,” his father Attaullah Malik said. “But it wasn’t really funny afterward. My wife and I text all the time and there might be something we don’t want him to see”.

“Aside from hackers actively trying to spoof Apple’s biometrics, facial recognition presents other, more accidental privacy issues. For one, family members with similar faces can unlock each other’s devices. Apple has, in fact, conceded that twins and even non-identical family members may sometimes be able to fool Face ID. But the case of spitting-image children unlocking their parents’ phones presents what might be Face ID’s most practical concern yet”.

It’s not clear how widespread the Face ID’s family problem extends, or if other kids have been able to unlock their parents’ iPhone Xs. In this particular case however, one might argue the Face ID on the iPhone X was pre-configured for the boy’s face, or it may have learned his face after an error.

Check out the video below and tell us what you think:

Wired asked the family to re-register Face ID and try again–here’s what happened:

At WIRED’s suggestion, Malik asked his wife to re-register her face to see what would happen. After Sherwani freshly programmed her face into the phone, it no longer allowed Ammar access. To further test it, Sherwani tried registering her face again a few hours later, to replicate the indoor, nighttime lighting conditions in which she first set up her iPhone X. The problem returned; Ammar unlocked the phone on his third try this time. It worked again on his sixth try. At that point, Malik says, the phone’s AI seemed to learn Ammar’s features, and he could consistently unlock it again and again.

What makes this story different from other videos we’ve seen of twins attempting to bypass Face ID? Malik says the iPhone X unlocked the first time Ammar looked at it, and in repeated future attempts, nobody entered in the iPhone passcode, which would have resulted in Face ID ‘learning’ the face as part of its learning features for future unlocks.

Apple didn’t comment on the story, but only directed WIRED to their Face ID documentation, which states “the statistical probability is different for twins and siblings that look like you and among children under the age of 13, because their distinct facial features may not have fully developed. If you’re concerned about this, we recommend using a passcode to authenticate.”