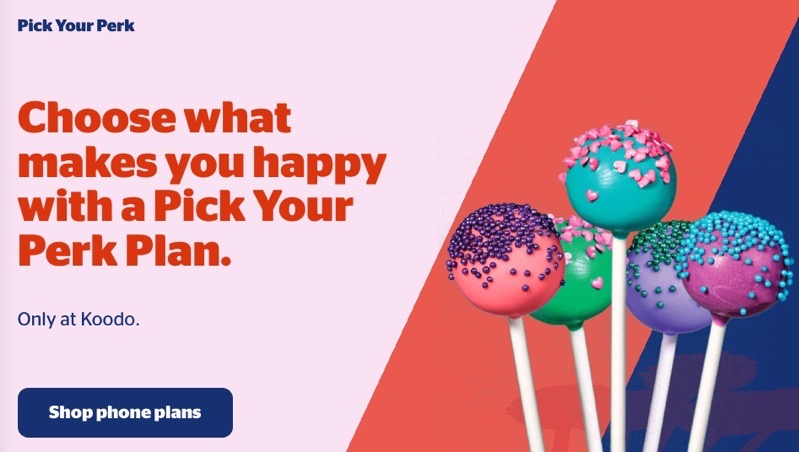 Telus-owned Koodo announced on Thursday the launch of its new Pick Your Perk plans, which it says is a new line of customizable plans starting from $45, that offer the choice of one free feature.

This is the first time we’re seeing rollover data being offered from Koodo for a postpaid plan (prepaid plans have rollover data). Koodo charges $13/100MB for extra data beyond your plan’s allotment ($130/1GB), so rollover data might be nice to have, but you’ll need to pick a $55/month plan to obtain it.

“At Koodo, it’s all about choice. These new rate plans are just another way Koodo helps customers create a plan that’s just right for them,” said a spokesperson in a statement to iPhone in Canada.

We’re waiting to hear back from Koodo about whether existing customers on these price plans get these benefits too, or if they need to make a plan change. Stay tuned for updates.

Update: A Koodo spokesperson told iPhone in Canada existing customers will need to switch to a new Pick Your Perk plan to get these new freebies.