As expected, Montreal-based daily newspaper La Presse has stopped printing weekday editions after 131 years of publishing, and has now become the world’s first major print daily newspaper to go 100% digital on weekdays. According to CBC News, the French language newspaper distributed its last weekday print edition today, marking the end of an era. With the exception of its Saturday editions, the paper is going digital-only from tomorrow. 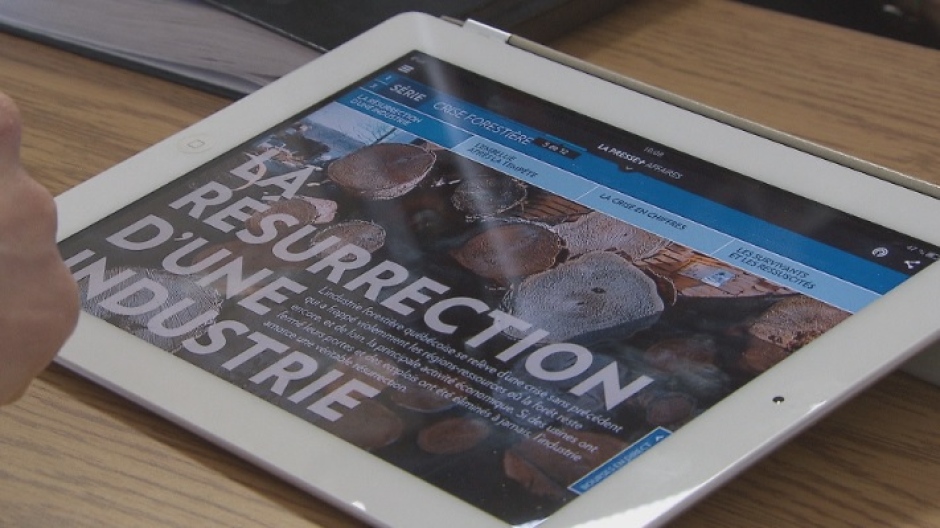 La Presse will continue to publish daily on its iPad app La Presse+. The newspaper’s publisher and president, Guy Craver, said that going ‘almost’ paperless was part of the plan when the newspaper launched its app nearly three years ago. “Ad sales for the app are now outperforming the ad sales of the paper version, making the transition to digital profitable”, he added. According to La Presse’s vice-president of communications, Caroline Jamet, advertising revenue has dropped 60% over the last decade.

“It’s something we figured out, a few years ago. Today people have different news habits and people want mobility, people want interactivity, storytelling has changed,” she said.

La Presse built the business model and app in-house, betting on the long-term success of tablets. “What we see with them is that they’re really brilliant operators,” said John Cruickshank, publisher of the Toronto Star. “They’re courageous, they’ve invested a tremendous amount of time and money into the tablet app really early on.”

While the Toronto Star has bought into La Presse’s model, it is now advertising heavily for its app, Toronto Star Touch.