LastPass ‘Everywhere’ Device Sync Feature is Now Free for All

If you’re a LastPass user, the company has just made its Everywhere device sync feature free for all users, as it is no longer just available to Premium members. Here’s how today’s roll-out works, explains Joe Siegrist, Founder, VP & GM of LastPass:

If you’re already using LastPass Free, no action is required to start enjoying LastPass on all your devices. You can simply download LastPass to any of your browsers or grab the mobile app for your smartphone or tablet, and login with your LastPass account. Everything in your vault will be available, automatically, anywhere you login. 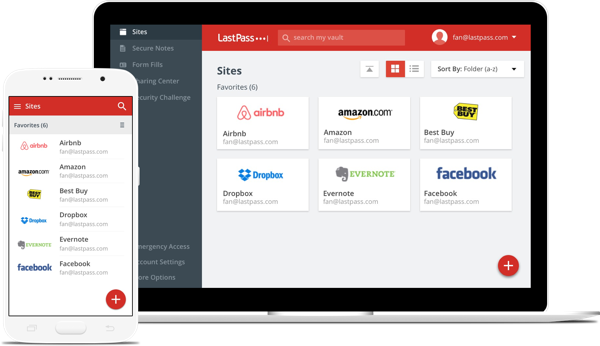 When it comes to password managers, I’m using AgileBits’ 1Password, which gives options to either sync your encrypted database to Dropbox or iCloud, which makes for easy sync across devices. What about you?

Apple's VP of Platform Architecture and Hardware Technologies Tim Millet and VP of Worldwide Product Marketing Bob Borchers recently sat down for an interview with TechCrunch where the pair talked about the tech giant's homemade M-series chips, gaming on Macs with Apple silicon, and more. Millet, who has been at Apple for almost 17 years and...
Nehal Malik
17 mins ago

The National Football League (NFL) and DAZN Group announced on Tuesday to extend their partnership in Canada and globally, with a new 10-year deal that begins with the 2023 season. With NFL Game Pass International, football fans outside the USA will be able to watch every NFL game through the regular season, postseason and the final […]
Gary Ng
27 mins ago