The Most Comprehensive User Guide to Launch Center Pro

The folks over at MacStories have just pushed a comprehensive update to their popular iOS app Launch Center Pro user guide, with new sections, actions, videos, and more. The iOS automation app, which uses a grid-based interface for quick access to your most-used apps and actions, was also updated recently with support for iBeacons, barcode/QR scanning, IFTTT and tons of other stuff. 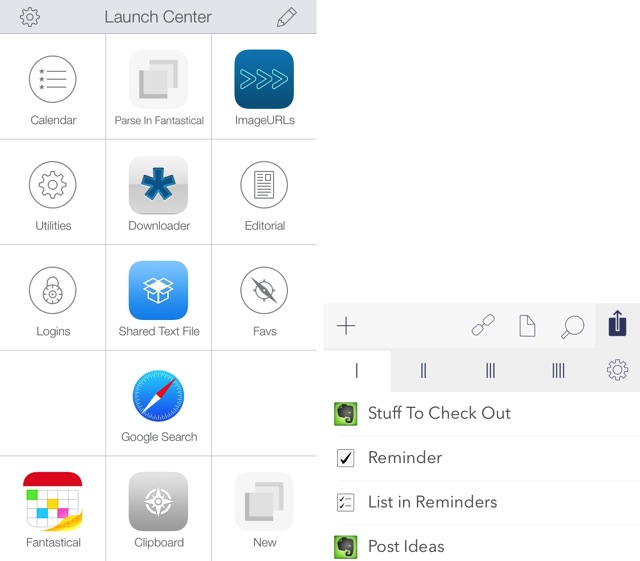 Launch Center Pro, which was once a simple app launcher held back by the lack of support for more advanced actions from third party developers, is now brimming with hidden power and advanced capabilities. So, whether you are hearing of Launch Center Pro for the first time or an existing user of the app, this article will familiarize you with the apps’ full feature set.

“Today, Launch Center Pro (or “LCP”) has come incredibly far from its rudimentary beginnings. While on the surface it looks deceptively simple, and no more than a reskin of its original design from June 2012, 2014’s Launch Center Pro has many advanced capabilities. Since no single resource has previously existed to bring you up to speed from a total beginner to a Launch Center Pro power user, my goal is to provide one for you here.”

You can check out the guide at this link but before you do that, don’t forget to get it on the App Store at the following link: