Launch Center Pro, the popular iOS app that uses a grid-based interface for quick access to your most-used apps and actions, has received a significant update today, adding support for iBeacons and geofences, GIF sharing from Giphy, barcode/QR scanning, a channel on IFTTT and much more. 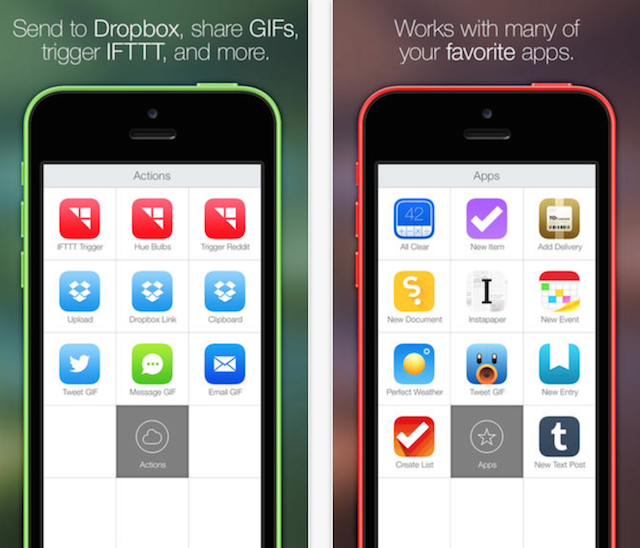 With Launch Center Pro 2.3, users can easily create an action that makes use of a geofence or iBeacon. When setting up a geofence, there’s a map built right in that lets you find the target location and adjust the size of the geofence around it. Working with iBeacons is just as easy. Just give the beacon a name and UUID and you’re good to go. Similarly, tweeting a GIF or scanning a bar code using Launch Center Pro is extremely simple.

You can grab the update at the following App Store link: