AppleInsider has shared a set of design drawings that show expected specifications for the dimensions and profiles of both the iPhone 5S and budget iPhone. The details surfaced just a day after we had seen the first alleged low-cost iPhone case. 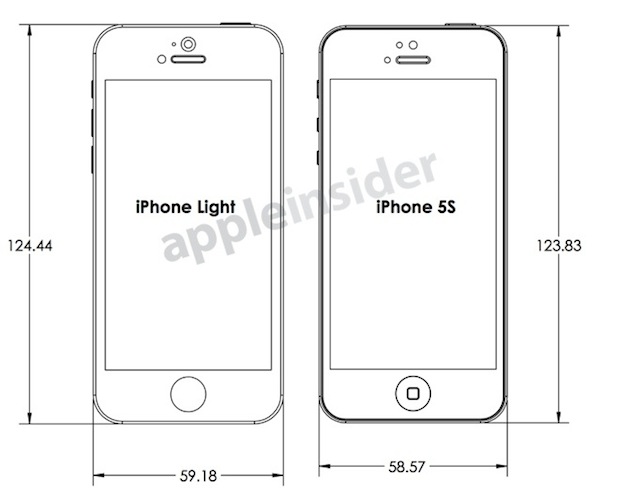 According to information provided by the drawings, the dimensions of the iPhone 5 and 5S are almost identical, suggesting that case makers are expecting the same physical layout and size as the high-end handset.

The low-cost iPhone, on the other hand, is expected to be about 0.6 mm taller, 0.6 mm wider, and 0.8 mm thicker than the currently available iPhone design. In addition, the image leak shows rounded edges, which is in line with what Jeremy Horwitz of iLounge shared back in January after holding a low-cost iPhone prototype in his hands. The low-cost iPhone is rumoured to be adopting plastic shell, which is one of the reasons for its larger body. 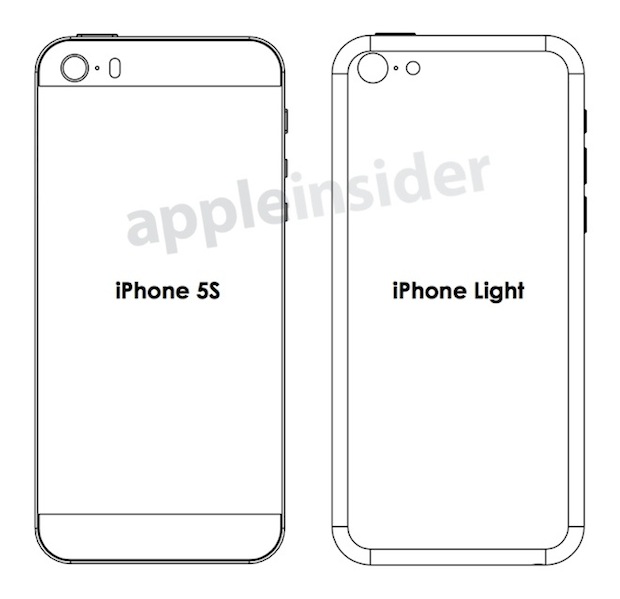 Also, the drawing apparently reinforces iLounge’s description of the budget iPhone: pill-shaped side button; bottom edge reminiscent of the iPod touch. The iPhone will also include a two screw holes — one on each side of the Lightning connector — and a microphone socket close to the headphone jack socket.

Although these could be a genuine drawing, previous leaks have been incorrect, with the most notable being the 2011 teardrop-shaped iPhone design.

Apple has started working on a 20-inch foldable OLED display, supposedly for a future MacBook Pro model, according to a report from The Elec (via MacRumors). This corroborates previous information from display analyst Ross Young, who said back in February that Apple wants to make a 20-inch foldable MacBook. The display is going to be 20.25...
Nehal Malik
2 mins ago