Steve Jobs has stepped down as Apple CEO, and handed over the reigns to former COO, Tim Cook. The Joy of Tech has revealed what they believe to be Steve Jobs’ calendar as his first day as ex-CEO. 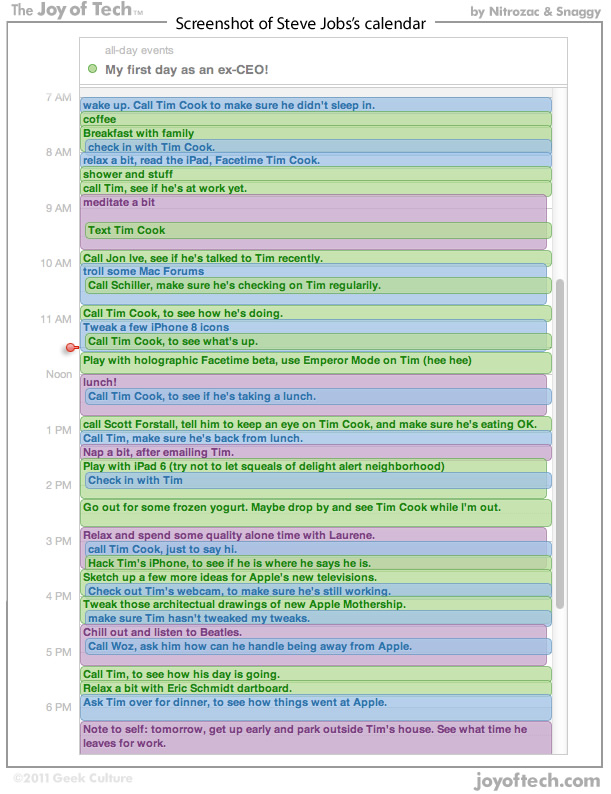 This is one of the funniest comics I’ve read in a while! Can’t wait to try holographic FaceTime beta in Emperor Mode!