iPhone supplier Lens Technology, a maker of glass screens and coverings, has been accused of using forced Uyghur labor in its factories, according to a report from The Washington Post, citing documents from the human rights group Tech Transparency Project. 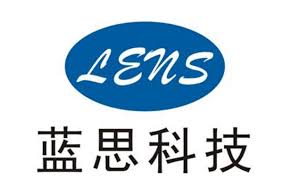 “Our research shows that Apple’s use of forced labor in its supply chain goes far beyond what the company has acknowledged,” Katie Paul, the director of the Tech Transparency Project, told The Post.

Evidence of Lens Technology’s use of forced labor was available publicly, hidden in plain sight as government propaganda in news media, according to the Tech Transparency Project. Lens has for years supplied Apple with glass for iPhones, and the company also works with Amazon and Tesla, The Post noted.

An Apple representative, Josh Rosenstock, told The Post: “Apple has zero tolerance for forced labor. Looking for the presence of forced labor is part of every supplier assessment we conduct, including surprise audits. These protections apply across the supply chain, regardless of a person’s job or location. Any violation of our policies has immediate consequences, including possible business termination. As always, our focus is on making sure everyone is treated with dignity and respect, and we will continue doing all we can to protect workers in our supply chain.”

The new information is damning for Apple. The company has been accused of using forced labor in an abstract sense before, but never with such specific evidence. The new allegations come just a month after Apple was caught using lobbyists to push back against the Uyghur Forced Labor Protection Act, legislation meant to curb the use of the forced labor Apple is allegedly taking advantage of.

The issue of forced Uyghur labor in China has gained increased attention this year; Congress introduced a bill earlier this year that would keep goods made with forced labor in the Uyghur region of China from entering the US and that companies would be held responsible for such human rights violations. The bill passed in the House back in September, but since then it was revealed that Apple paid to lobby Congress to essentially water down the bill.

Apple CEO Tim Cook has said in the past — under oath, at that — that forced labor is “abhorrent” and that Apple would “terminate a supplier relationship if it were found.” Cutting ties with such a major supplier would put enormous stress on Apple’s supply chain. So will the company stand by its previous statement?