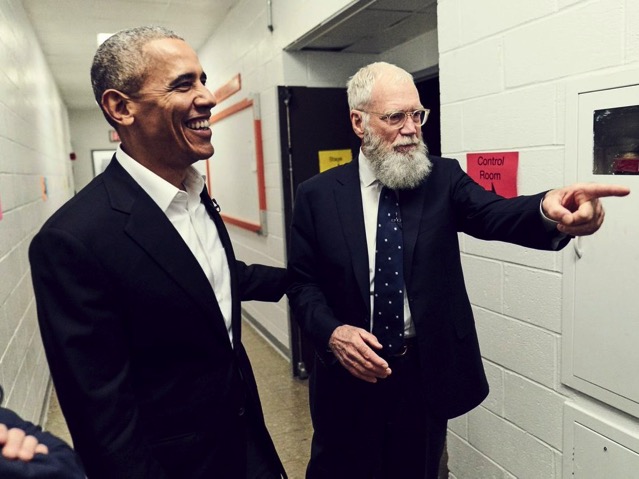 Netflix has today announced that David Letterman’s upcoming Netflix original talk show will debut on January 12, with former U.S. President Barack Obama as the show’s first guest. New episodes of the show titled “My Next Guest Needs No Introduction with David Letterman” will air monthly, and each episode will be an hour long (via Business Insider).

Netflix made the announcement on Twitter, while mentioning a lineup of influential guests for the show’s first six episodes, including rap superstar Jay-Z, Pakistani activist Malala Yousafzai, and Hollywood actors like George Clooney and Tina Fey.

Netflix landed its deal with Letterman in August last year, who retired from CBS’ “Late Show” in 2015 after hosting the show for 22 years. Netflix says there series will feature interviews “both inside and outside a studio setting”.

“The conversations are intimate, in-depth and far-reaching, with the levity and humor Dave’s fans know and love. Field segments will bring Dave to locations far and wide, expressing his curiosity and desire to dig deeper on a specific topic related to the iconic guest featured in the episode.”

Check out a trailer for the new series embedded below.