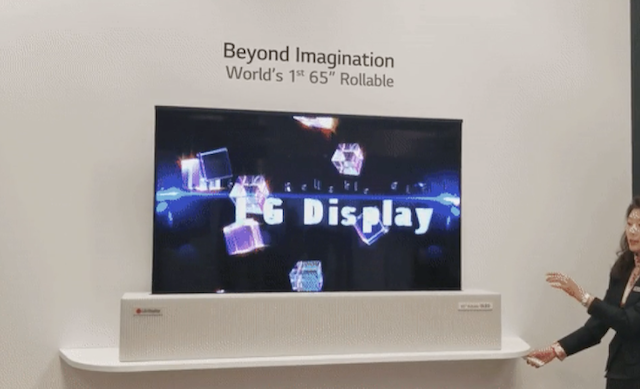 LG Display has today shared its plans to bring a host of new OLED displays at CES 2020, which kicks off in Las Vegas next week.

The company says it will be introducing OLEDs designed to cover walls of airplanes, that will allow people to “feel more openness in the narrow space of an enclosed cabin,” CNET is reporting.

It will also have a 55-inch Full HD Transparent OLED display with 40% transparency “for use as a partition in the cabin,” a 65-inch Ultra HD Bendable OLED display that can be controlled to bend at either end and a 13.3-inch Plastic OLED tablet.

The South Korean display manufacturer, that will be showing off transparent, plastic, and rollable OLEDs for use in offices or cars at the upcoming event, will also have updates to its ultra-thin “wallpaper” OLEDs, including an 88-inch 8K Cinematic Sound OLED display with an 11.2-channel sound system.

So far, LG Display has not announced when any of the new OLED displays might become available or how much they’ll cost.