US. Luxury watchmaker Bulova has just released Bulova Time, an alarm clock and world time iPhone app with the accuracy of the atomic clock and the simplicity of the company’s first alarm clocks (via MarketWatch). The luxury iOS app has two main functions, an alarm and a world time display, which are both distinct from other similar applications. Upon opening the app, the time syncs with five governmental atomic clocks, ensuring unbeatable precision. 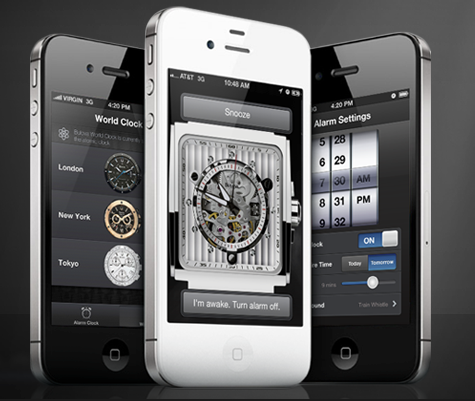 According to the official website, the app’s interface  is inspired by following six Bulova timepieces adapted for the iPhone:

“Bulova is the first in the watch industry to make an app worth using every day,” says Eric Hofmann, Vice President of Marketing at Bulova Corporation. “By leveraging Bulova?s iconic design and dedication to uncompromising precision, we created the Bulova Time alarm and world time app to reflect our commitment to innovation since 1875.”

Bulova Time was created in honor of the company?s history in timekeeping, paying tribute to the first full line of men’s and ladies’ jeweled wristwatches, the first plant dedicated to the standardization of watch parts, the first clock radio, the first fully-electronic wristwatch with Accutron and now Bulova Time, the first iPhone alarm and world time application from the watch industry. 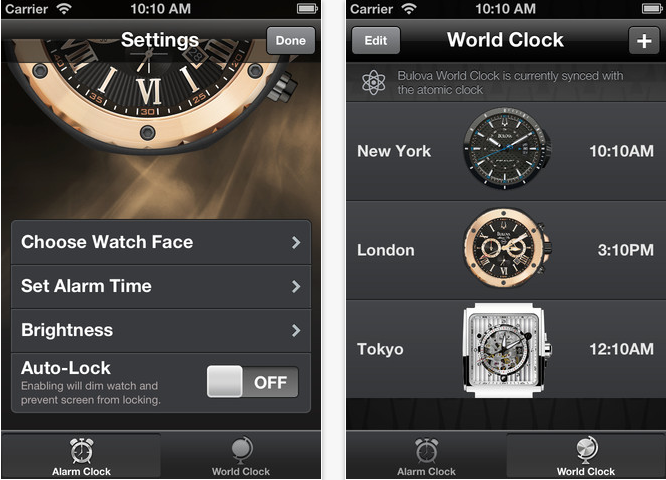 Bulova Time is compatible with the iPhone, iPod touch & iPad and requires iOS 4.2 or later. You can download the free app via the following link: