LVMH Exec: Apple Watch is ‘Too Feminine’, Will be Outdated Soon

French luxury giant LVMH’s watch guru Jean-Claude Biver, who heads up the brands Tag Heuer, Zenith and Hublot, has said in an interview with daily Die Welt that the Apple Watch looks “too feminine” and its design will not stand the test of time, as Apple has made some some fundamental mistakes while designing its much anticipated smartwatch, The Telegraph is reporting.

“This watch has no sex appeal. It’s too feminine and looks too much like the smartwatches already on the market. To be totally honest, it looks like it was designed by a student in their first trimester”, added Mr Biver. “Luxury always has something timeless, it’s rare and conveys prestige,” he was quoted as saying, adding that the same could not be said for Apple Watch, which is expected to be bought by millions of customers and will likely be beyond repair in a few years’ time.

Earlier, Swatch CEO Nick Hayek had also told Swiss media that the world’s biggest watch group was “not nervous” about Apple’s foray into the market.

Personally, I’d take Mr. Biver’s accusation of a major design flaw as no more than a pinch of salt because it doesn’t sound reasonable to compare even a high-end smartwatch with a dedicated luxury watch from the likes of Tag Heuer or Hublot, which quite franky, do not cost less than $400. In fact, take a look at the following image (via GQ) and tell me, is that a feminine looking watch to you? 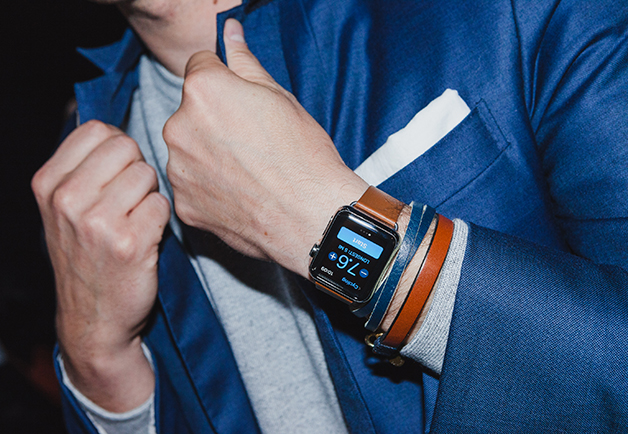