The very first benchmark of the ‌M1‌ Max-equipped 2021 16-inch MacBook Pro has just appeared online, and it appears that 32 graphics cores in the M1 Max GPU make it more than 3 times faster than the 8-core GPU of the ‌M1 processor (via MacRumors). 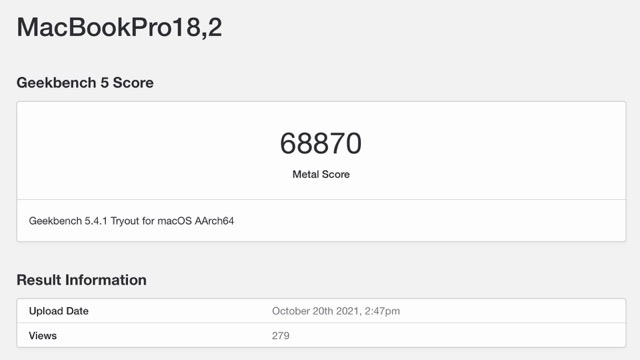 “Compared to the fastest chip available in Apple’s previous-generation 16-inch MacBook Pro, the ‌M1‌ Max is 62 percent faster, and it’s 3x faster than the ‌M1‌ chip in the 13-inch MacBook Pro, based on the Metal score we have so far.”

It must, however, be noted that it is unclear whether the score shows the M1‌ Max chip with the 24-core variant or the one with 32-cores.

Apple says the 32-core GPU in the ‌M1‌ Max is up to 4x faster than the ‌M1‌, with the chip delivering performance “comparable to a high-end GPU in a compact pro PC laptop” while consuming up to 40% less power.