New renders purporting to show the rumoured Mac mini that Apple is planning to release with a new generation of Apple silicon. 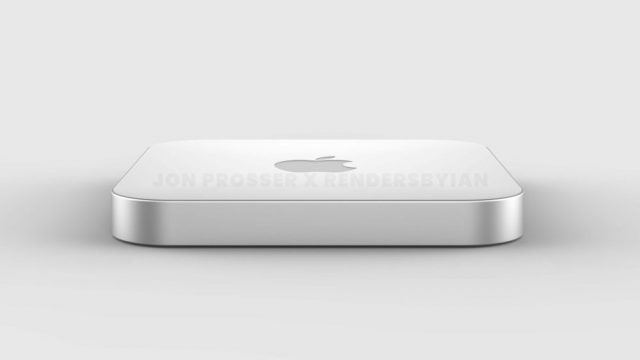 This so-called “M1X Mac mini” is expected to replace the current M1 Mac mini lineup. After Apple announced the M1 Mac mini, a lot of people complained that the whole machine could be fitted in a lot smaller shell since most of the space inside the M1 Mac mini is left empty. According to Prosser, that Mac mini was just an attempt to get the M1 chip in the hands of the developers.

Now, the next Mac mini is expected to come in a new external chassis with a “plexiglass” reflective surface on the top and covered by an aluminum enclosure on the four sides. Apple, following its new “white” theme design, is also expected to ship the M1X Mac mini in a white clamshell body. Prosser says Apple has tested other color variants too, but it’s not confirmed if they’ll make their way to the final product.

On the back, the Mac mini renders show Apple’s new power cable which debuted in the new iMac, as well as four USB-C ports, two USB-A ports, ethernet, and HDMI. 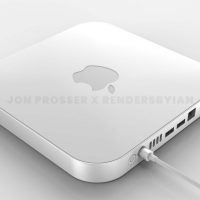 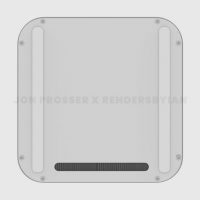 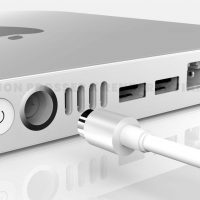 Despite its shrinking stature, the new Mac mini could run even faster than the M1 model, thanks to what Prosser calls the “M1X” chip. He predicts it will pack 10 processing cores and up to 32 cores for graphics.

There is no word on the exact launch date of the upcoming Mac mini. The Cupertino company is currently gearing up for WWDC 2021 that kicks off on June 7.