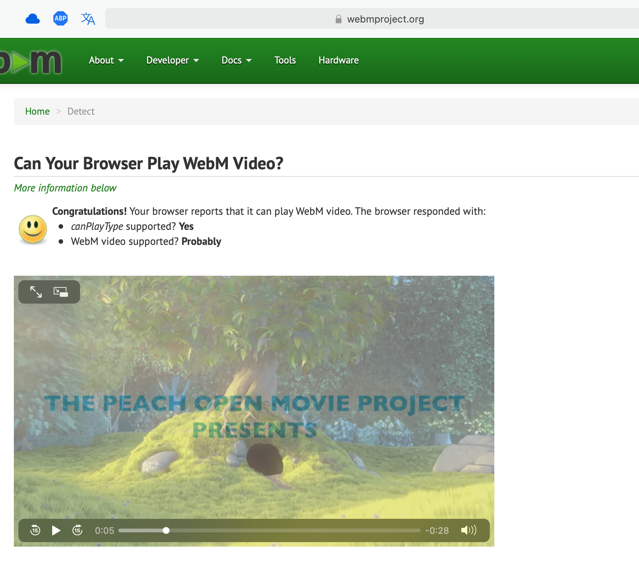 With the recent release of macOS Big Sur 11.3 beta 2, Apple has finally added support for WebM video playback in Safari (via The 8-Bit). Google’s WebM is a popular video format used on the web as a royalty-free alternative to the H.264 codec used in the MP4 format.

Up until now, Apple did not support WebM ever since it launched back in 2010. Late Apple CEO Steve Jobs at the time, implied that the WebM format was a “mess” and was “not ready for primetime.” Over a decade later, it is.

WebM video format not only offers excellent video quality, but also maintains a much small file size. It uses the latest VP9 codec for video playback and can be played almost anywhere seamlessly, including on low-spec machines.

If you’ve updated to the latest beta release, you can try it on your Mac by heading over to the WebM detection website which indicates whether the file format works.

Apple on Tuesday announced Apple Music Sing, a new karaoke feature coming to iPhone, iPad and Apple TV 4K. Apple Music Sing will let customers sing along to their favourite songs with real-time lyrics, while being able to adjust vocals for multiple lyric roles such as lead, perform duets, sing backup, and more. The feature […]
Gary Ng
2 mins ago