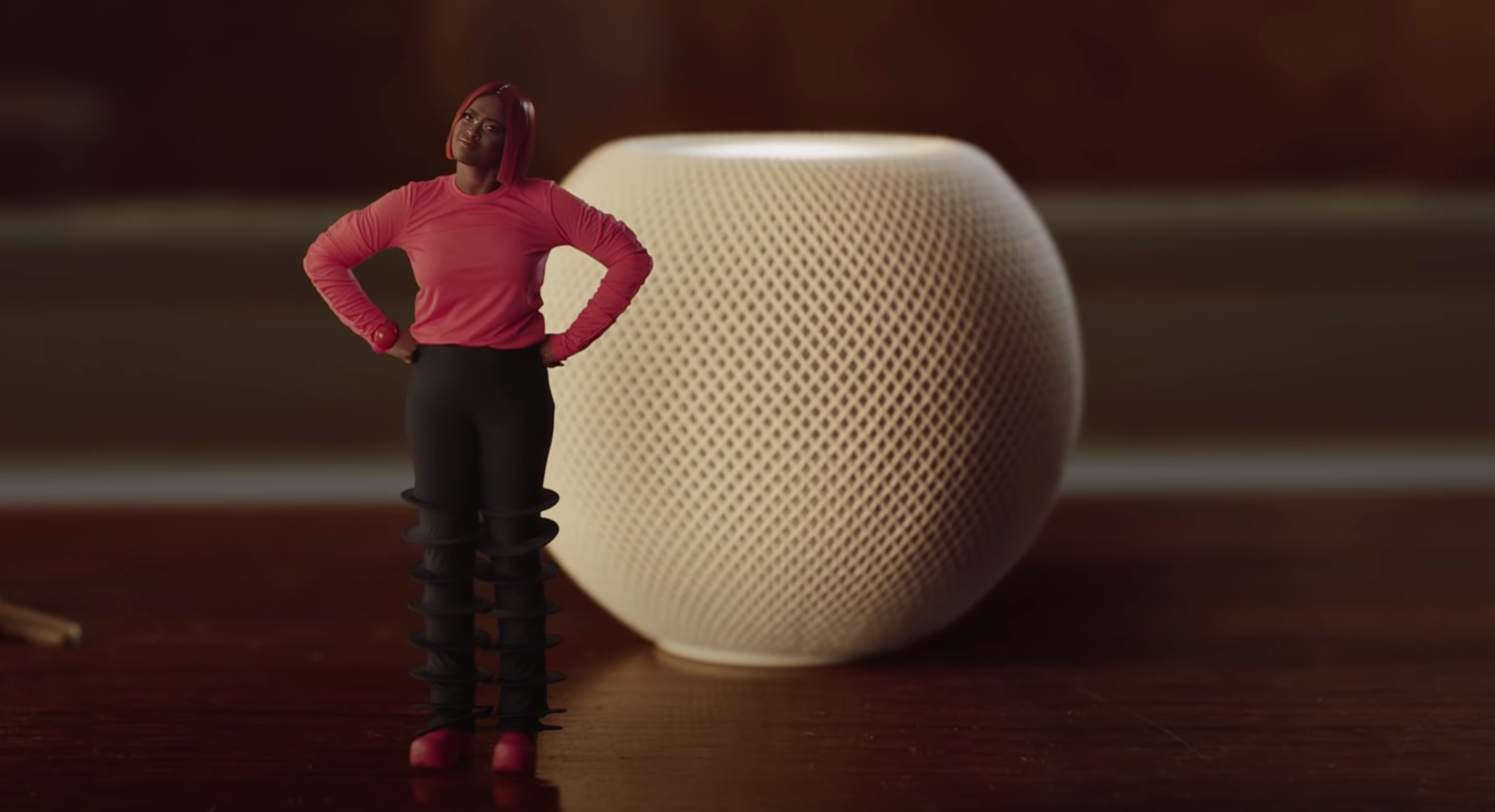 A little over 2 minutes long, “The Magic of Mini” shows Whack returning to her apartment in a dreary state. But soon her HomePod Mini adds a colourful, miniature version of herself to the equation, and her mood quickly improves.

The spot serves as the Cupertino company’s holiday ad for 2020. The selection of Tierra Whack as the ad’s star is reminiscent of Apple’s prescient selection of Billie Eilish for its 2018 holiday spot, shortly before she became a global phenomenon.

While the star of the show is the HomePod mini, the original HomePod and AirPods Pro also make brief appearances during the ad.

The HomePod mini is now available to order. It has many of the same features of the larger HomePod with a great sound and better pairing and processing.