Wunderlist today has announced a new feature to allow users to send emails and attachments right into to-do lists. The new Mail to Wunderlist feature works with your connected email account—all you have to do is forward your emails to me@wunderlist and it’ll turn them into a to-do. 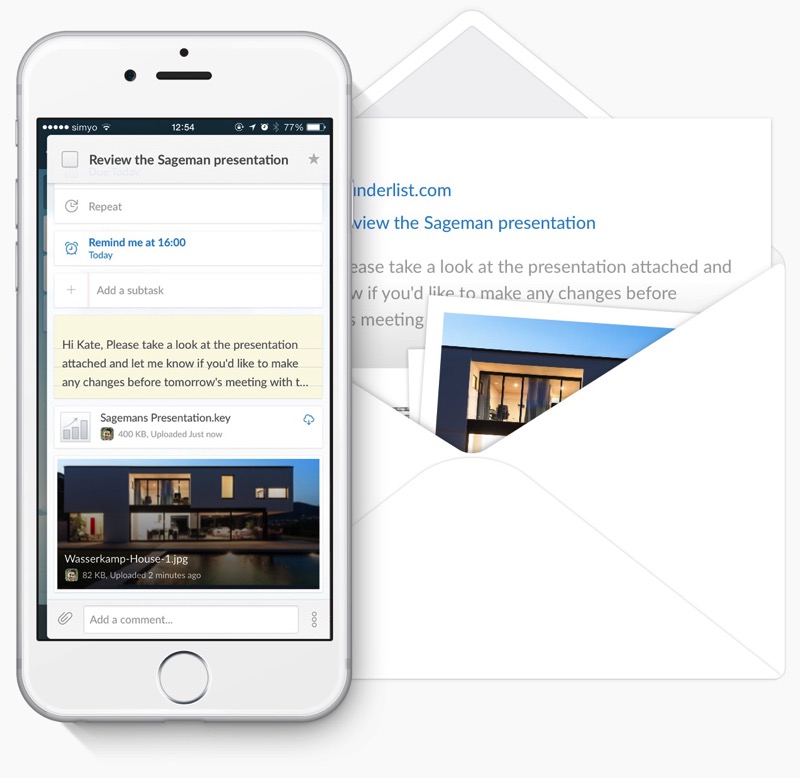 The following applies when you forward an email:

Multiple email support is coming for Mail to Wunderlist so you can use all your email addresses to create to-do lists, not just the one associated with the app.

Wunderlist is free (there’s also a paid Pro version) and is available for a variety of platforms such as iOS, Mac and the web. It’s pretty awesome and we highly recommend it for sharing lists (groceries anyone?). This is a great new feature.