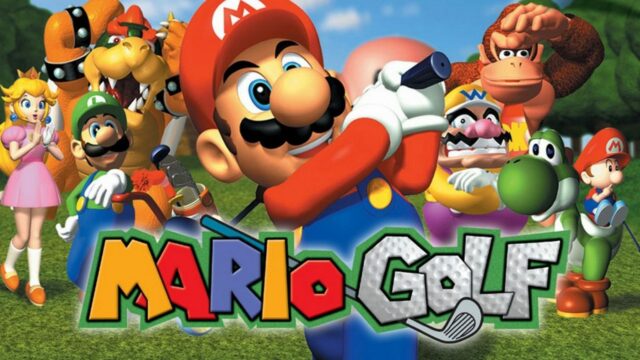 Nintendo has revealed that Mario Golf will be the next game to arrive on Nintendo Switch Online’s Expansion Pack. On April 15, players can tee up and take a trip down memory lane.

Mario Golf was a seminal title on the Nintendo 64. Released in 1999, Mario Golf for the console was the first in the series to make the transition to 3D graphics. It also introduced a substantial character roster. Next week, players can experience putting on iconic courses like Shy Guy Dessert and Toad’s Highlands.

Get into the swing! ⛳

Tee off with Mario and friends when Mario Golf comes to #NintendoSwitch for #NintendoSwitchOnline + Expansion Pack members on 4/15. #Nintendo64 pic.twitter.com/bB4ujaj59F

Nintendo has been continually adding classic games to Nintendo Switch Online’s Expansion Pack. In previous months, games like Banjo-Kazooie and The Legend of Zelda: Majora’s Mask have been added to the list.

Supported titles include Super Mario 64, Mario Kart 64, Mario Tennis 64, The Legend of Zelda: Ocarina of Time, and the aforementioned added titles. Players even gain access to substantial pieces of DLC. The Mario Kart 8 Deluxe Booster Course Pass, which will bring a total of 46 new courses to the game across six waves, is included at no extra cost. The Animal Crossing: New Horizons Happy Home Paradise DLC is also bundled into the subscription.

A 12-month Family Membership (which includes up to eight accounts) is also available for $99.99/year.