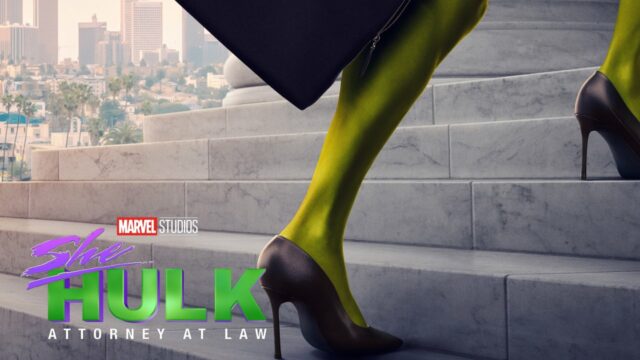 Disney and Marvel Studios have premiered the first episode of She-Hulk: Attorney at Law on Disney+. The premiere episode is now available to stream in Canada.

She-Hulk: Attorney at Law is the latest entry in the ongoing MCU and is the 14th entry in Phase Four and the eighth television series for the MCU. The series is said to be Marvel Studios’ answer to a sitcom as well as tackles many of the serialized law shows from the past.

The series focuses on Jennifer Walters, played by Saskatchewan actress Tatiana Maslany. Following an incident, Walters inherits the same green hue and gamma-ray powers from her cousin Bruce Banner aka The Hulk. Walters becomes a lawyer overseeing cases involving superhumans within the MCU, taking place in the present within the timeline.

The series is created by Jessica Gao, who also serves as head writer. Kat Coiro and Anu Valia are both credited as directors across the season. Amie Doherty lends her talents as the composer to the project.

Marvel Studios’ She-Hulk: Attorney at Law runs over the course of nine episodes. The first episode is available to stream now and each subsequent episode premieres on Disney+ every Thursday until the finale on October 13th.