The massive new Apple headquarters in Cupertino is zooming towards completion. We took a look from above last week thanks to new drone footage, and the building is really starting to take shape. 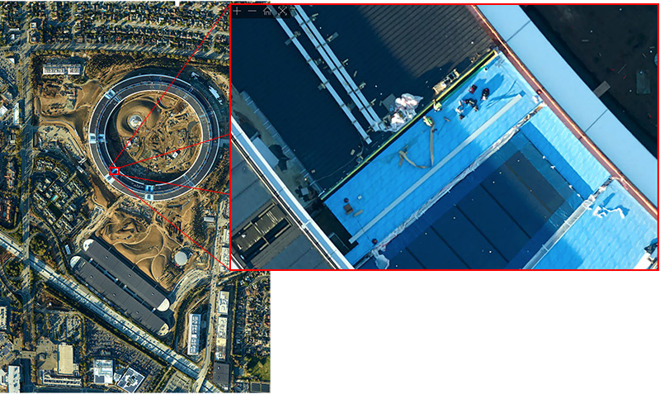 While we so far have no evidence to suggest this is actually a form of galactic transportation instead of a new office space, a massive 1.7-gigapixel image obtained by Apple Insider has given us our best look yet at what the tech giant will soon call home.

SkyIMD has created a neat high-resolution aerial mosaic that gives an incredibly detailed overall view of the nearly-finished campus. The massive image is actually a composite of about 380 photos captured by the 100 megapixel Phase One iXU RS1000, an industrial medium format camera system designed for aerial imagery. The photo is largely unedited.

SkyIMD has the full resolution 34,111-by-49,487 pixel image available in an interactive viewer on its site, and users can zoom in from an area covering approximately one half of a square mile to roughly 10,000 square feet, says the report.

Apple plans to have the campus finished by the beginning of 2017, with employees moving in during the first quarter, but landscaping work will not be finished until the middle of the year. Take a look at last week’s drone footage below.