McDonald’s Launches Apple Pay Deal to Save You 20% Off 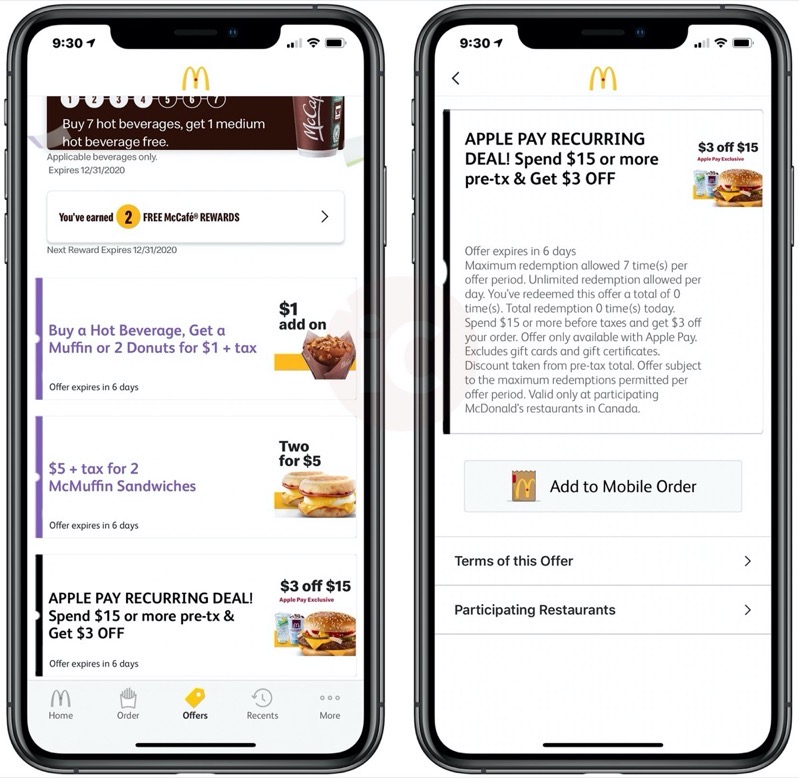 McDonald’s Canada has launched an in-app offer for iPhone users, allowing 20% off savings when you check out with Apple Pay.

The Apple Pay promo is within the McDonald’s Canada iOS app, under the ‘Offers’ tab. It’s a recurring deal that lets you save $3 off when you spend $15 or more before taxes. You are allowed “unlimited redemption” daily, while the offer looks to be only available for one week.

McDonald’s says the discount will be provided at check out once you pay with Apple Pay. Back in March, McDonald’s finally integrated Apple Pay for mobile orders placed with the app, a much safer way to check out, as your credit card number is hidden from the retailer. The app has been criticized in the past as some customers fell victim to fraud related to linked debit and credit cards saved to the app.

The restaurant chain’s iPhone app allows mobile orders to be placed for pick up through the drive-thru window, inside the restaurant and curbside delivery.

The McDonald’s iPhone app was detected by iOS 14 to be reading user contents from their clipboard, which the fast-food chain said would be fixed soon, in a statement to iPhone in Canada.