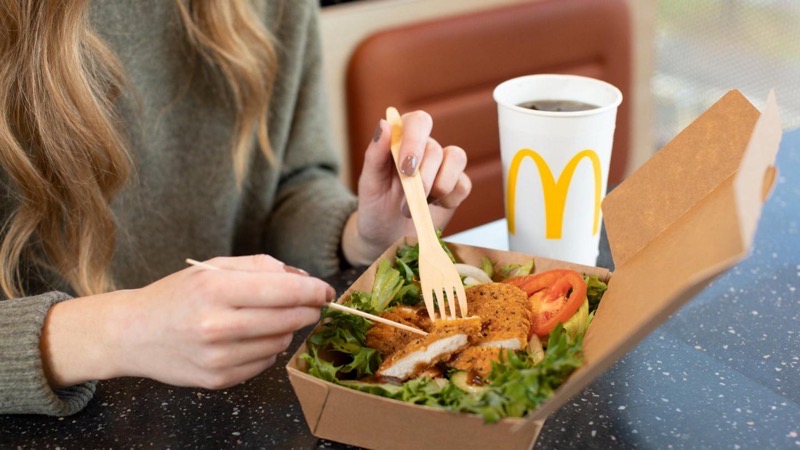 McDonald’s Canada has announced it will be ditching single-use plastics (except for McFlurry spoons) and instead debut wooden cutler, wooden stir sticks and paper straws, set to hit over 1,400 restaurants by December of this year.

“By being part of the Canadian fabric and serving close to three million guests every day across more than 1,400 restaurants, McDonald’s Canada is playing an important role in the ongoing reduction of single-use plastics in the country”, says Rob Dick, Supply Chain Officer, McDonald’s Canada, in a statement. “By removing these single-use plastics in our restaurants, we show our ongoing commitment to minimize our environmental footprint and to help protect the planet for future generations.”

Wooden stir sticks are currently being implemented along with wooden cutlery, while paper straws will follow later this month. The last plastic straw is expected to be used in December.

Currently, McDonald’s has its Coast-to-Coast Monopoly back, available within the company’s iOS and Android apps as well.