A year and half ago, Nokia and Microsoft teamed up to “disrupt mobile ecosystems”. Let’s refresh with this video:

It looked like the perfect symbiotic relationship, but too bad nothing really emerged that has made a significant impact on the smartphone industry. To Nokia’s credit, they did note at the time 2011-2012 would be ‘transition years’ for the company.

At the time of the announcement, Nokia’s investors punished the stock as it fell 10% in one day to $64.40 US/share. Fast forward to present day? As of writing, Nokia is sitting at a measly $2.60 US/share. The failure to innovate is cruel in the open market– numbers don’t lie.

Today, The Verge reports both companies have sent out invites to the press for a media event set to take place on September 5th–exactly one week before Apple’s highly anticipated ‘iPhone 5’ announcement. 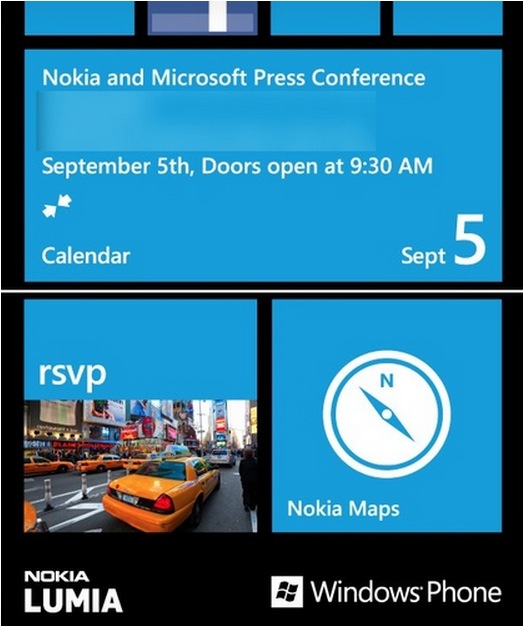 We’ve been waiting to find out when Nokia would unveil its first lineup of Windows Phone 8 devices, and it looks like we’ll be getting all the details on September 5th at 9:30AM in New York City. We just received an invite (pictured above) to Nokia and Microsoft’s joint press event, and it’s pretty obvious from the image and multiple live tile sizes that we’ll be hearing about Windows Phone 8.

I actually hope Nokia is able to recover to its former glory. I was a loyal user prior to the release of the iPhone. But when you’re teamed up with Microsoft–do good things happen?