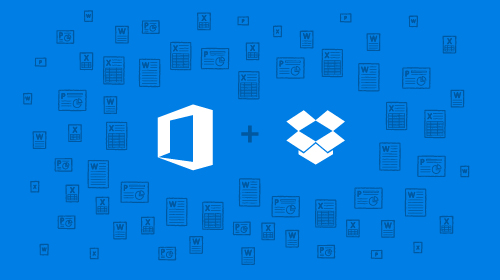 Microsoft and Dropbox today announced that they are teaming up to help users “get work done.” Since more than 1.2 billion people use Office and Dropbox stores more than 35 billion Office documents, spreadsheets, and presentations, integrating Dropbox into Office was a logical step for the software maker to take.

Microsoft will add the new features by updating Office apps over the coming weeks. Users on the iPhone, the iPad, and Android will be able to connect their Dropbox account to their Office apps, so they can edit and share Dropbox files right within the Microsoft app itself.

By integrating Dropbox into Office, when users choose to edit a file stored in their Dropbox account, the appropriate Office app is offered for editing, and the changes will be automatically saved and synced across the devices. 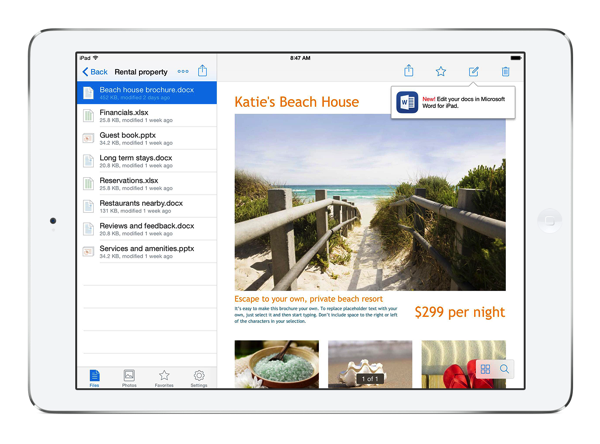 “In our mobile-first and cloud-first world, people need easier ways to create, share and collaborate regardless of their device or platform,” said Satya Nadella, CEO of Microsoft. “Together, Microsoft and Dropbox will provide our shared customers with flexible tools that put them at the center for the way they live and work today.”

“People around the world have embraced Office and Dropbox to empower the way they live and work today,” said Drew Houston, CEO and co-founder of Dropbox. “Our partnership with Microsoft will make it easier than ever to collaborate seamlessly across these platforms, giving people the freedom to get more done.”

This is the first major step of the partnership, with the features rolling out in the next few weeks. The next step is Web integration between the Dropbox website and Office Online, which will arrive in the first half of 2015.