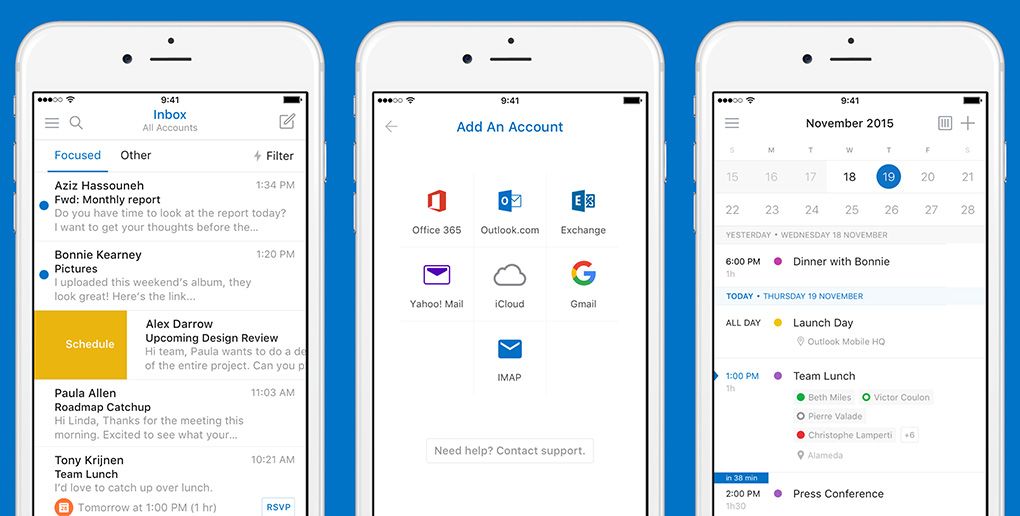 Today, Microsoft announced that Outlook for iOS and Android are now powered by the Microsoft Cloud. The announcement only affects commercial users and means that your commercial data is more secure than ever.

Transitioning the mobile apps to use the Microsoft Cloud means that the company had to redefine the architecture for Outlook. The new architecture ensures that none of your data contained in your mailboxes will be cached outside of Office 365. The data simply stays in its Exchange mailbox and is protected by TLS-secured connections, which are end-to-end between Office 365 and the mobile client.

Outlook will now individually report a unique device identifier for each device that connects to Exchange servers. Previously, the connections to Exchange from iOS and Android were reported at the user level.

Microsoft Outlook for iOS is available as a free download from the App Store. The app requires any device running iOS 8.0 or later.