Microsoft has announced the acquisition of HockeyApp, a service for mobile crash analytics and app distribution for developers building apps on iOS, Android and Windows Phone. The company has also revealed that it will integrate HockeyApp into the Application Insights service in Visual Studio Online to expand Application Insights support for iOS and Android. 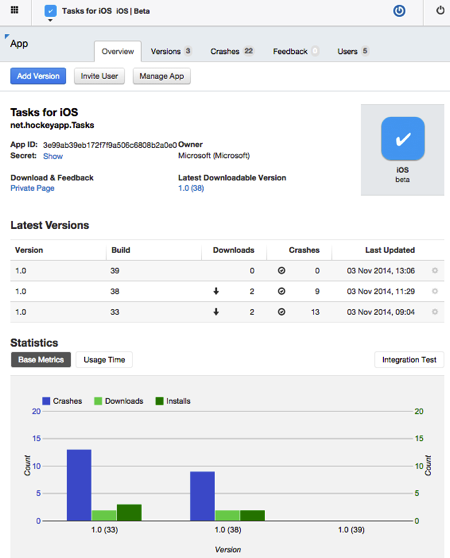 The Germany-based HockeyApp service offers a wide range of mobile development services enabling developers to build, distribute, and beta test mobile applications. Microsoft has also said that it will introduce new iOS and Android SDKs for Application Insights, based on the features of HockeyApp. For those who aren’t aware, Application Insights offers a view of application usage, availability, and performance across both client and server/cloud application components.

We look forward to starting this integration work soon, but you don’t need to wait.  You can start using HockeyApp today!“

The HockeyApp service will remain available for both new and existing customers so they can continue using its crash analytics and beta distribution services.