According to a ZDNet report, newly leaked information suggests that Microsoft is working on a brand new light-weight email app with real time conversations called ‘Flow’, which will soon make its debut on iOS. The new application will reportedly be designed to enable “rapid email conversations on your phone with the people who are important to you”, notes the source. 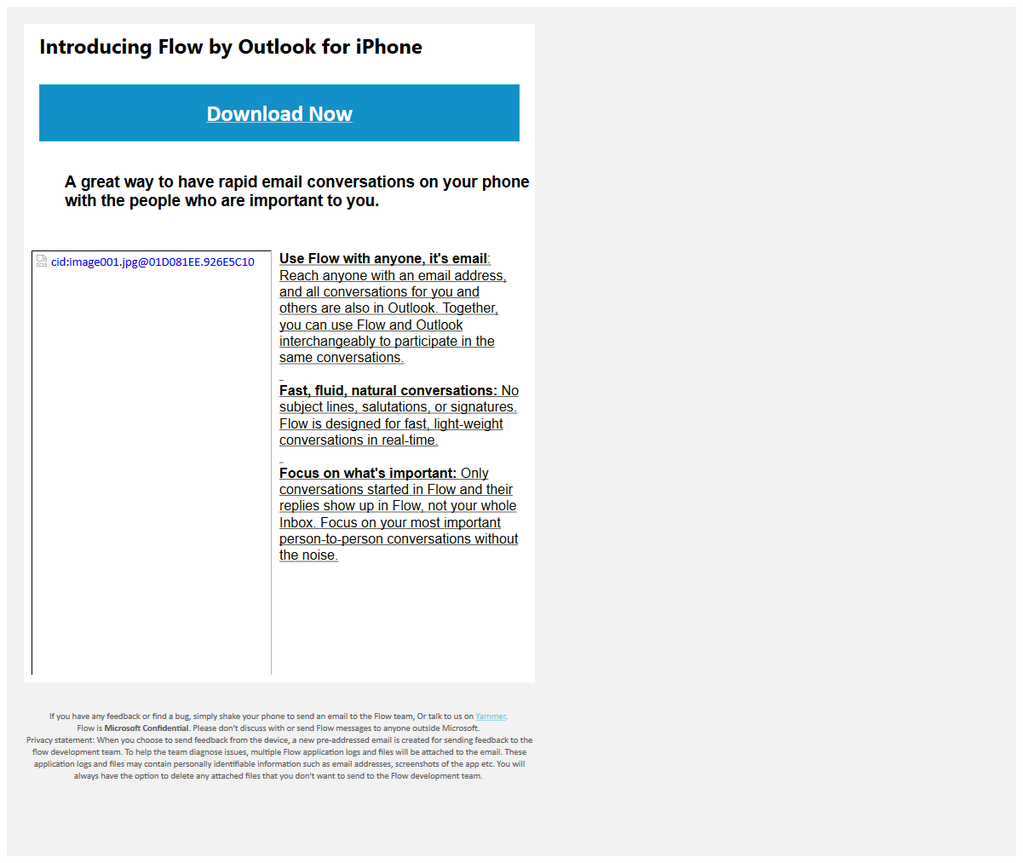 The Flow app will work alongside the Microsoft Outlook app as revealed by the header of a download page for the app marked “Microsoft Confidential” (shown above), that labels the app as “Flow by Outlook” and indicates that it will soon be available for iPhones. Here’s how the leaked page describes the app:

“Use Flow with anyone, it’s email: Reach anyone with an email address and all conversations for you and others are also in Outlook. Together, you can use Flow and Outlook interchangeably to participate in the same conversations.

Focus on what’s important: Only conversations started in Flow and their replies show up in Flow, not your whole inbox. Focus on your most important person-to-person conversations without the noise”.

So far, there is no official word from Microsoft regarding Flow. We’ll update you if the story develops any further. Stay tuned!