Microsoft today has announced Office 365 Personal, a limited version of Office 365 Home and cheaper too, at $69.99 annually. This subscription allows users to use Office 365 on the go and edit cloud-synced documents (like on your iPhone or iPad).

Today we’re announcing that it’s available for purchase–$69.99 USD/year or $6.99 USD/month (ERP)1–online at Office365.com, at Microsoft Stores and through online and retail partners.

An Office 365 Personal subscription allows for one PC or Mac, and one tablet (including iPad) to be connected to the service, and is the best option for individuals interested in using Office 365.

Whats the difference compared to Office 365 Home? You are limited to 1 PC/Mac install for Office applications and 1 tablet (such as an iPad) with Office 365 Personal. 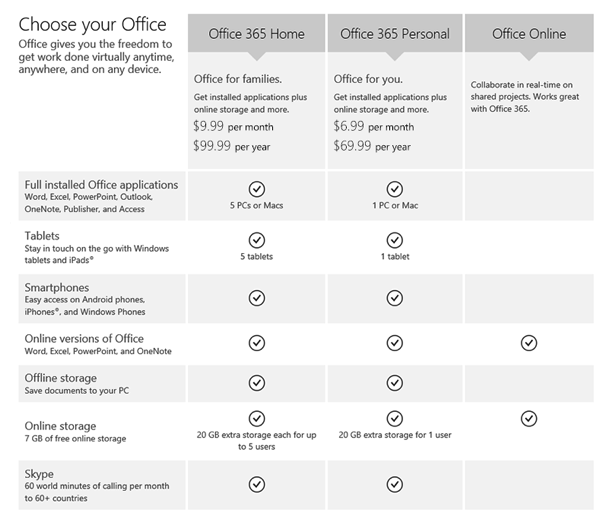 Office for iPad apps were launched in late March and have already exceeded 12 million downloads. Let us know if you’re going to jump on any of these subscriptions.