Microsoft 365 for Mac Apps Updated with Native Support for M1

Microsoft has announced in an official blog post that starting today, it is releasing new versions of many of its Microsoft 365 for Mac apps that run natively on the new Apple Silicon Macs for improved performance. 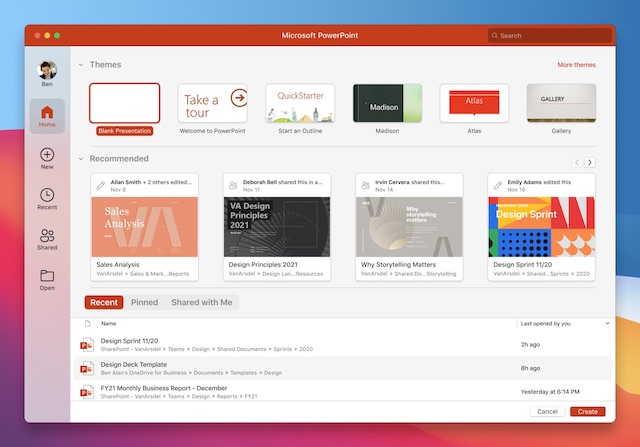 The new Office apps are Universal, so they will continue to run great on Macs with Intel processors. The apps are not only faster, but they have also been redesigned to match the new look of macOS Big Sur.

If you have automatic updates turned on, you will start to receive these updates today. Otherwise, you can go to the Mac App Store and click the Updates tab, or with Microsoft AutoUpdate, you can go to your Office app’s Help menu and choose Check for Updates.

You can learn more about the updated Microsoft 365 experience at this page.