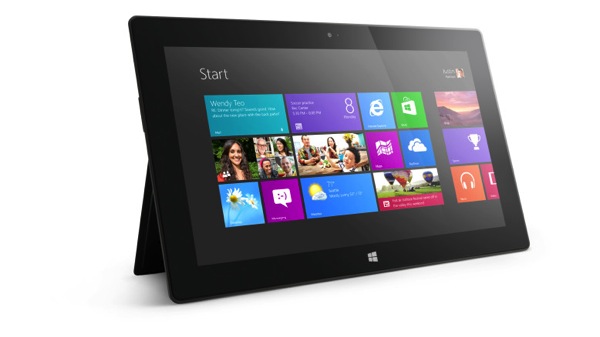 Yesterday Apple announced its iLife and iWork suite of apps for the Mac and iOS were now free for eligible users, a move seen as putting pressure on Microsoft. Well, the latter has responded in a blog post titled “Apples & Oranges” to say Apple’s move is “not a very big deal” and that it’s just all part of the Apple ‘reality distortion field’ (RFD).

Frank Shaw, Corporate Vice President of Communications at Microsoft, had the following to say:

Seems like the RDF (Reality Distortion Field) typically generated by an Apple event has extended beyond Cupertino.

So let me try to clear some things up.

Note: If you are the TL;DR type, let me cut to the chase. Surface and Surface 2 both include Office, the world’s most popular, most powerful productivity software for free and are priced below both the iPad 2 and iPad Air respectively. Making Apple’s decision to build the price of their less popular and less powerful iWork into their tablets not a very big (or very good) deal.

Shaw says the following three things make Surface “the most productive tablet you can buy today”:

1. The gold standard in productivity software – Office.
2. Faster and more precise input methods like keyboard/trackpad.
3. The ability to use apps and documents side by side, allowing the comparisons, analysis and synthesis that happens frequently during content creation.

Essentially he is calling out some of the media coverage today saying how Apple’s decision to make OS X Mavericks, iWork and iLife free isn’t going to affect Microsoft and the Surface tablet. Shaw says iWork was never popular anyways:

Now, since iWork has never gotten much traction, and was already priced like an afterthought, it’s hardly that surprising or significant a move. And it doesn’t change the fact that it’s much harder to get work done on a device that lacks precision input and a desktop for true side-by-side multitasking.

The VP of communications concludes “when I see Apple drop the price of their struggling, lightweight productivity apps, I don’t see a shot across our bow, I see an attempt to play catch up.”

Interesting stuff, right? The original Surface RT tablet was so revolutionary and popular, Microsoft had to end up taking a $900 million write down on idle inventory. Does Microsoft have a point here or is this guy just angry and not thinking while writing this response while on a business trip in Abu Dhabi?

Apple will use Sony's newest "state of the art" image sensors for its iPhone 15 lineup next year, according to a report from Nikkei Asia (via MacRumors). Sony's new sensors are able to pack more photodiodes thanks to a semiconductor architecture that puts photodiodes and transistors in separate layers. As such, these sensors double the saturation signal...
Nehal Malik
33 mins ago