Microsoft Soundscape, an iOS app that uses 3D audio cues to help the blind and vision-impaired navigate the world around them, made its debut last spring in the U.S. and today, the app has been launched in Canada as a free download both in English and French. 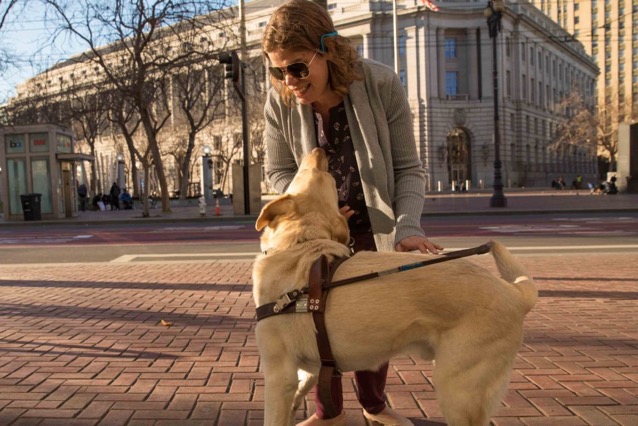 “With 3D audio, the sounds are perceived as coming from the point of interest, so the user can build a mental image of what’s around from the acoustic environment – the soundscape – of sounds in the environment and those from the Soundscape app,” explains Microsoft in its press release.

Microsoft says it worked closely with the CNIB Foundation and Vision Loss Rehabilitation Canada (VLRC) during Soundscape’s beta testing in order to ensure the app addresses challenges that the visually-impaired Canadians face every day.

“Technology is a game changer for people with sight loss and exciting apps, like Soundscape, are helping to transform communities into beacons of accessibility and inclusion where people can live, work and play without barriers,” said Angela Bonfanti, Vice President, CNIB Foundation. “Soundscape will help empower people who are blind or partially sighted to independently navigate the world around them with confidence, and we’re thrilled that it’s finally available in Canada.”

The app is available now as a free download in the Canadian App Store and works with any stereo headset, although Microsoft says Soundscape work best with bone-conducting or open-ear headsets.

You can get more information at this link.