Back in 2019, Microsoft first introduced the Surface Duo exclusively in the U.S., a foldable, dual-screen smartphone designed to help people get more done on smaller, more mobile form factors, and now, the company is finally launching it in Canada. 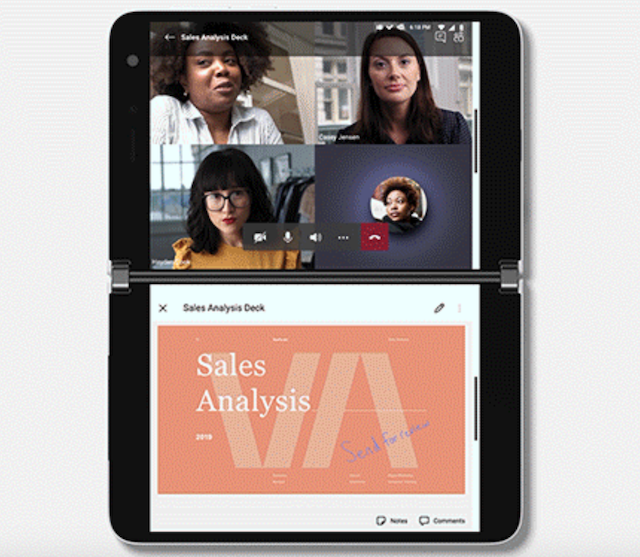 Surface Duo brings together the power of Microsoft 365 experiences and the full ecosystem of Android mobile apps into one pocket-sized device, with two screens that users can take anywhere.

“We’re announcing the arrival of Surface Duo in Canada complete with an updated user experience to usher in a new wave of productivity, functionality and creativity,” notes Microsoft.

“From viewing Outlook Mail and Calendar side-by-side or seeing colleagues and the presentation simultaneously on Teams, the magic of Surface Duo is the intersection of hardware and software in the palm of a user’s hand.

We cannot wait for Canadians to integrate Surface Duo into their lives and workflows as we begin this new journey together.”

Surface Duo will be available for purchase in Canada on February 18th through the official Microsoft Store, Best Buy Canada, and authorized Surface resellers. Canadian pricing for the Surface Duo has not yet been announced.

In partnership with Huish Outdoors, Apple has released the new Oceanic+ dive app for the Apple Watch Ultra, which the company has been highlighting as the closest thing to an ‘official’ Apple dive app. In a detailed hands-on review of the Apple Watch Ultra and the Oceanic+ app, the folks over at DC Rainmaker have...
Usman Qureshi
39 mins ago