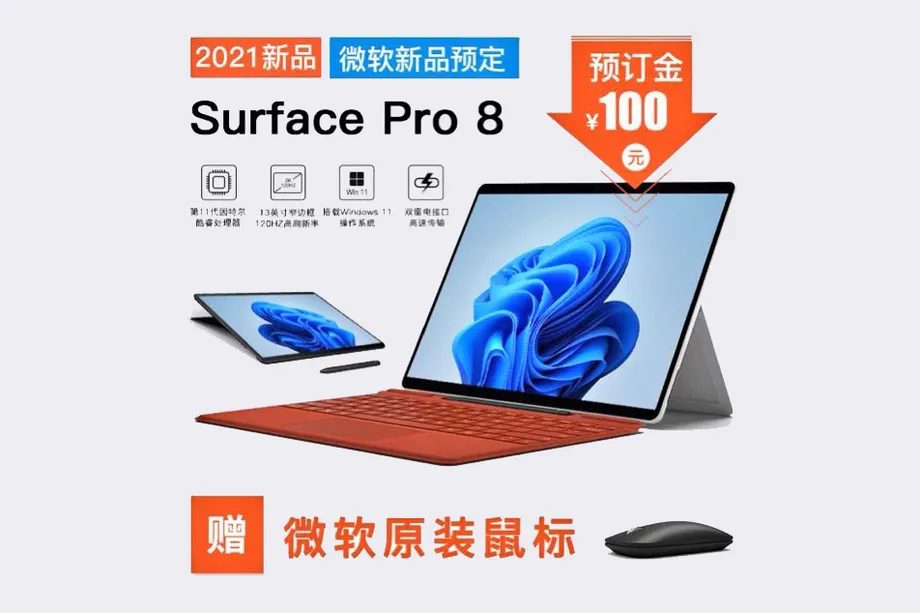 On Sunday, Twitter user @Shadow_Leak posted what looks like a retail listing for Microsoft’s soon-to-launch 2021 Surface Pro 8, detailing some of the device’s most noteworthy features (via The Verge).

According to the leak, the Surface Pro 8 refresh will feature Intel’s 11th-generation Core i-series processors, a new 13″ display with, for the first time on a Surface device, a 120Hz refresh rate, support for SSD swapping, and two Thunderbolt ports.

Less than a day after posting the original leak, @Shadow_Leak followed up with global pricing for the device. According to the leaker, the Surface Pro 8 will start at $799 USD (€680, ¥5169, or ₹59,999) for the base variant. There is no word on Canadian pricing as of yet.

The new Surface Pro 8 will ship with Windows 11 out of the box. Microsoft is expected to officially unveil its newest 2-in-1 hybrid at the upcoming Surface hardware event on September 22, less than a fortnight ahead of Windows 11’s October 5 launch.