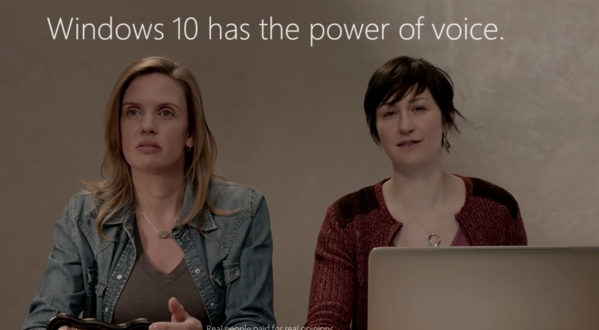 In a series of new TV ads, Microsoft is trying to highlight what the Windows 10 machines can do that Macs can’t, as pointed out by The Verge. All the ads show a couple of women talking about how Windows 10 is helping them in their business, highlighting features like Cortana, touchscreens, and Windows Hello. At the same time, they point out how Macs don’t offer equivalents to any of these things.

“I don’t have a touchscreen on my Mac. I’m jealous of that,” one woman says. In another, “[Cortana’s] so helpful … Even on the new Macs, they don’t have that.”

The spots end with the tagline, “Windows 10 PCs do more.”

By airing ads that call out features the current Mac computers don’t have, Microsoft is clearly getting aggressive about advertising Windows 10 in hopes of reviving the years-long decline in PC sales all over the world. The source notes that the the ads were aired over and over during E!’s coverage of the Oscars’ red carpet.

Check out Microsoft’s new Windows 10 ads embedded below and tell us what you think:

A recent rumour said Apple is planning to launch Siri on Macs later this fall, and if true, these ads won’t be relevant anymore. But until then, well played, Microsoft.