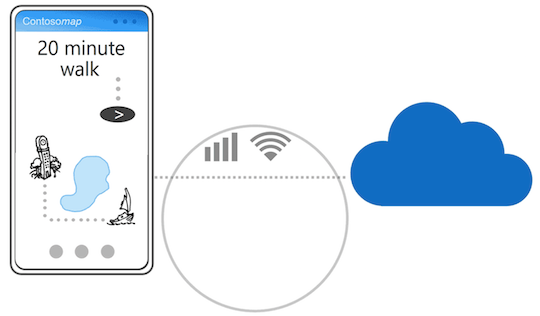 While the Microsoft Translator app has previously been able to provide translations offline, it couldn’t use the sophisticated machine learning algorithms in the cloud that powers it when it’s online. Starting today however, the app will run a slightly modified neural translation when offline on virtually any smartphone it is installed on, without even requiring a custom AI chip (via TechCrunch).

“Microsoft’s Arul Menezes tells me that these new translation packs are “dramatically better” and provide far more human-like translation than the old ones, which relied on an older approach to machine translations that has now been far surpassed by machine learning-based systems. The updated language packs (which only take up about half the space of the old ones) are now available for Arabic, Chinese-Simplified, French, German, Italian, Japanese, Korean, Portuguese, Russian, Spanish and Thai, with others to follow.”

Microsoft first tested the on-device neural translation on Huawei’s smartphones featuring the company’s homegrown AI co-processor but now, thanks to “a lot of careful engineering”, the team has been able to run these models on phones without dedicated AI hardware. Microsoft claims that the difference in quality between online and offline translation is barely noticeable

While comparing the quality of Microsoft’s translation services to Google’s, Menezes said that “The gap between the neural offline translation and the previous translation quality with our older models is huge”.

Microsoft says it is making these offline capabilities available to other app developers on Android who want to use them in their apps. For more information, visit this page.